Oswald and Raymond Get Lucky

The dice were loaded, the scratchers bunk, and all that’s left is Saint Cajetan's 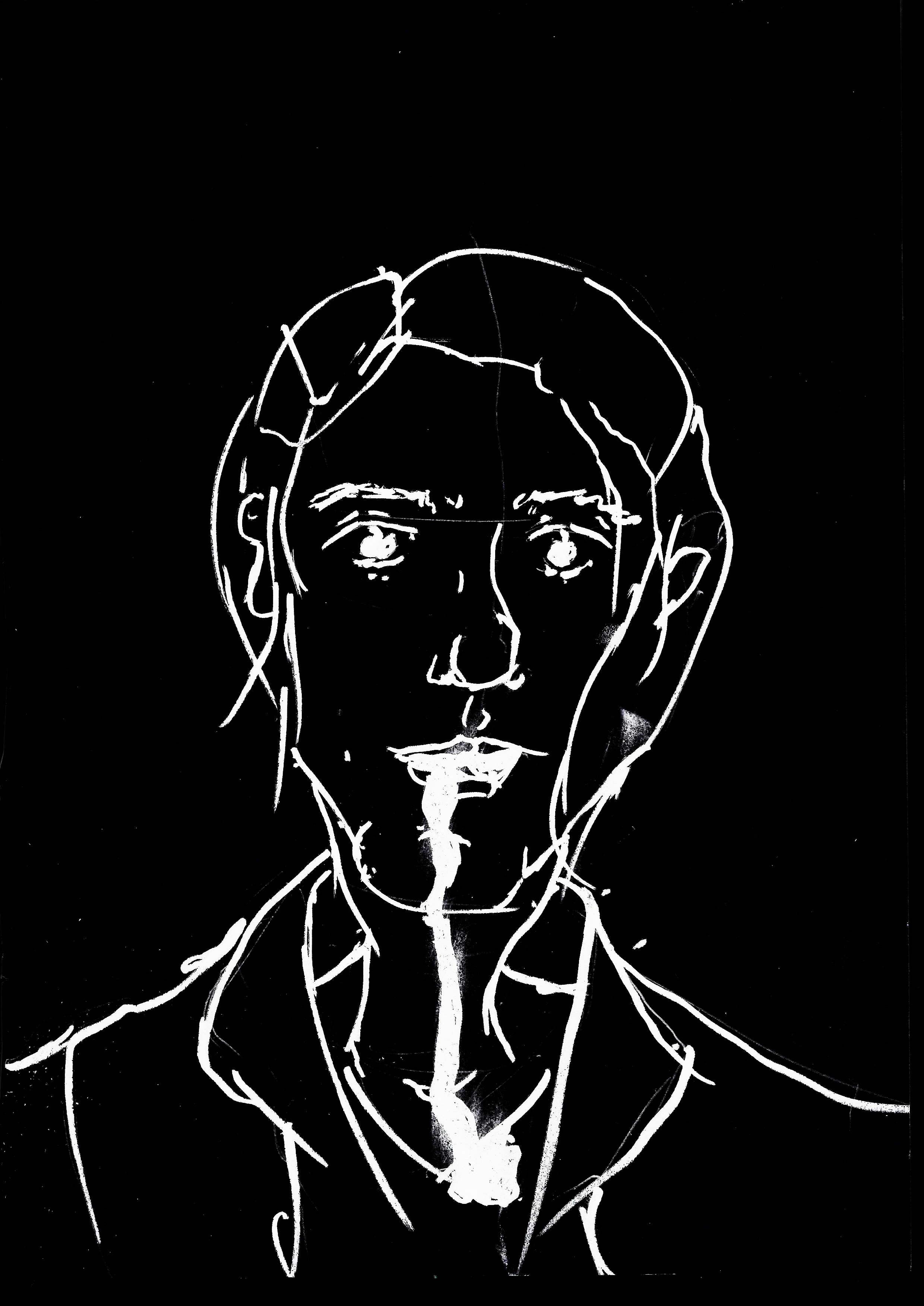 Oswald gobbled his birthday meal of Slurpee and gas station sushi in the Thunderbird’s front seat, while Raymond shot dice on the hood with a transient. The smoke shop parking lot faced Pacific Coast Highway. Traffic was about what it should have been for a Tuesday afternoon.

Oswald lowered the soft convertible roof to peer above the chip-pocked windshield to be sure Raymond didn’t blow the $200 bankroll Reuben gifted them.

“Did you lose Reuben’s money yet?” Oswald jeered as his far too lanky body, in a far too baggy blazer fell to the tattered front seat.

For context, Reuben was Oswald's dad, but he insisted that his son stop referring to him as pops, father or papa, since Oswald was on his 18th year outside his mom.

Raymond didn’t know what he was doing. It was his bet. He rolled a seven before the game went to point, making his face flush white since lady luck took off her rings to open-hand slap him.

“Thank you kindly,” the wander repeatedly barked as he backed away from the Thunderbird with Oswald’s ten dollar bills and what was probably a fake Rolex in hand.

“Do you know how to play street craps, Raymond? Fuck me, do you even know if we actually lost?” Oswald clicked and pointed his BPA ridden plastic excuse for chopsticks.

Raymond slid off the hood to swagger beside the passenger window with an arrogance beyond his age.

“I got the jist of it from a wikiHow article. Plus, the hell do you know about gambling?”

“Enough to tell you don’t know how to shoot dice.”

“Pish-God-damn-posh,” Raymond retorted. “Come on, let’s blow some of your dad’s money on scratchers.”

“He’s not thematically my dad anymore,” Oswald sulked. “That was covered earlier in exposition.”

“Oh, to hell with your pedantry.” Raymond opened the passenger door to grab Oswald by his oversized coat collar and drag him to the smoke shop’s front door, like a pretentious ass to sparkling water.

Outerlimits, downtown Oceanside’s one-stop shop for cancer sticks, tattoo guns, synthetic dope, overly elaborate bongs and — for Raymond’s purposes — scratcher tickets. Speaking of which, as Raymond went through the door with Oswald in hand his eye caught an embodiment of the burnout Caliban who heralds a developing fungus in this armpit of San Diego.

This member of the coastal community sported a tank top over his taco-flabby-breasts, a “Blue Lives Matter” skull tattoo staining his shoulder, a gaudy box of an e-cig in one hand and a winning scratcher he demanded payment for in the other.

“No, you can’t claim winnings more than $600 here,” the nose-ringed clerk pleaded. The San Diegan grunted something in surfer and shuffled through the door past Oswald and Raymond.

“Would you look at that.” Raymond pulled Oswald closer in by the collar. “A real winner and more than $600 to boot.”

“The heights of your aspirations astound me, Raymond.” Oswald shook the box of a blazer free.

“Six-hundred dollars is better than-” Raymond pulled and counted their faux-boujee bankroll of ones. “One-hundred-ninety dollars,” of which Raymond took a hundred out of to — as he promised — blow on scratchers. 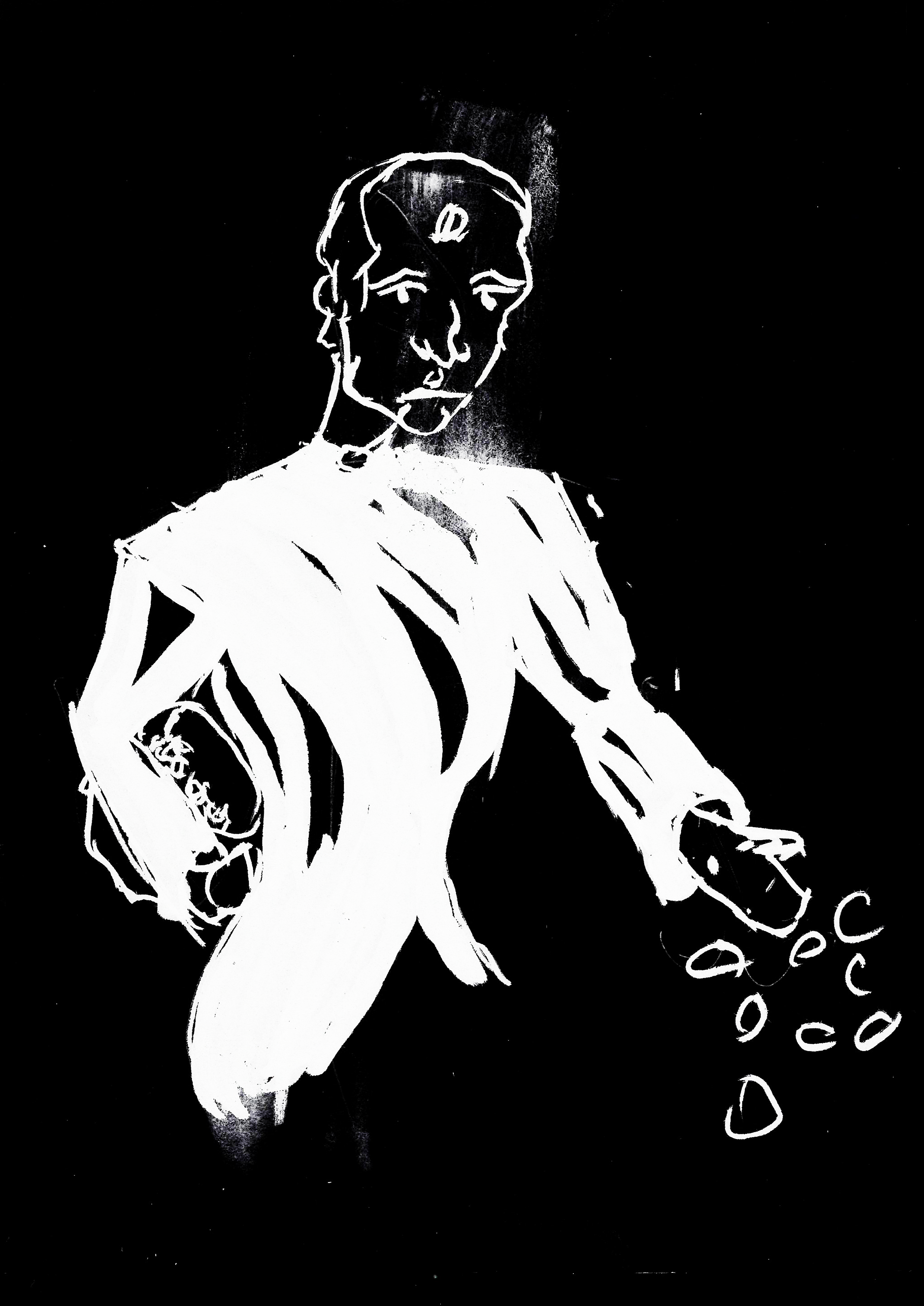 Chapter 2 - Failing to Refuse the Call

Seated at the Thunderbird’s helm, Raymond rubbed out and tossed a dozen losing scratchers while Oswald peered over the front seat’s patchy leather upholstery.

“You satisfied yet?” Oswald picked up the bankroll from the passenger seat.

“That’s 90 left.” He shook the increasingly flaccid cash wad at Raymond. “It’s not too late to call it quits. You know, spend the rest on Benihana, see a beating rice heart and all that.”

“The casino?” Oswald sighed then let his body collapse into a clump on the backseat.

“Yeah, if we leave right now and rip through Gopher Canyon, we’ll be pulling slots in less than an hour.”

Raymond tried to turn the Thunderbird over.

“We’re not exactly getting lucky here,” Oswald informed Raymond of the title.

Raymond tickishly attempted to turn the decaying metal avian over.

“You don’t get it, Oswald,” Raymond started. “Being an adult is about taking on responsibility, and responsibility necessitates risks being taken.”

“Furthermore,” Raymond went on. “There’s no reward without risk, so it would seem that gambling — the least fruitful risks one can take — is necessary to consummate your coming of age otherwise you’ll just be stuck in this perpetual childhood.” Rev, rev, stop.

“So what are you?” Raymond kept babbling. “A kid asking for Reuben’s money or a grown-ass-adult rolling the dice and taking what’s theirs?” Rev, Rev, stop.

“You know what,” Raymond continued, despite making his point. “You’re in a box right now, like that science guy’s cat, but you’re the only one that can open your eyes to confirm you’re own personal state.” Rev, rev, stop.

“It’s like,” Raymond should have STF-U’ed one musing ago. “Only you can open up your own box Oswald and burst into adulthood.”

Oswal was too busy trying to strike a match and burn a dollar bill to listen. “Are you done monologuing yet?”

“You know this is hella contrived, right?”

“Oh shut up, you’re just refusing the call at this point.”

“Appealing to story structure doesn’t make me anymore likely to give a single cent to Saint Cajetan’s.”

Rev, rev, vrrrrrrrrr. Raymond peeled out of the on to the PCH as the chorus of Get Lucky distortedly blared through the Thunderbird’s belly.

Actually, this was the start of the descent into the abyss. They crossed the threshold once Raymond rolled dice with the wander, but the journey was more of a guideline than a template. 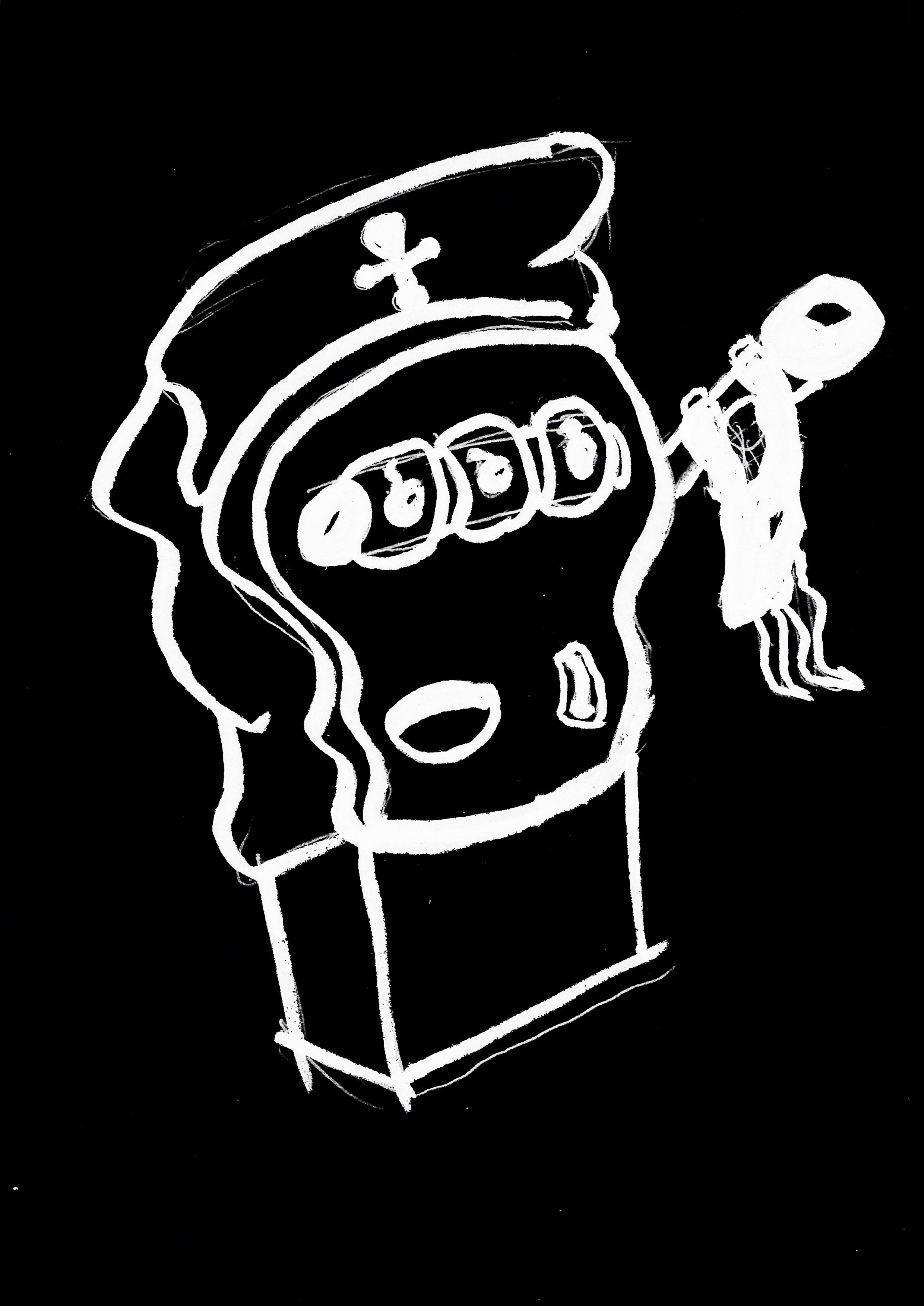 “Looks like that bet on gas station sushi didn’t payout.” Raymond patted Oswald doubled over back to rub in the punny kick.

“I could have worms you ass,” Oswald’s salty mouth said while licking his wounds, though food or rapid mercury poisoning would have been a more accurate assumption.

“Come on, the flashing neon lights and smokey scent of winning will make you feel better.”

Raymond turned from his fifth losing slot to see Oswald’s ivory pale, sweat-drenched face that seizure inducingly took on and then abandoned the neon-hue of a casino light show.

To distract from the illness, Raymond waved his hand over the ringing kingdom of coin machines and flashing lights. “It’s like dating, you kinda need to just play the field till you find your king or queen.”

But where Raymond praised the kingdom, Oswald acknowledged the peasants. The huddled gambling masses corralled into Saint Cajetan’s front door to wail with agony and delight as that neon priest condemned them with false hope and good fortune. Even worse, the illness surging under Oswald’s skin made him feel at home here with the old, the feeble, the drunk, the smokers, the desperate, the degenerates, the adults.

Oswald retched into replying, “You’ve been in the same relationship since freshman year, and you’re mixing metaphors.”

“Christ man!” Raymond shoved two crumpled dollars into Oswald’s stretched out blazer pocket. “Try not being a stubborn ass for once.”

Raymond left Oswald to blow the rest of their wad.

Then Oswald saw it, past a waiter in skimpy Cardinal garb stood a monolith of an excess-income-extracting-machine with three spinning reels of sixes, sevens, forbidden fruit and chalices set into motion by a Nephilim sized lever.

The white backlight of the monstrous device seared Oswald’s visions with a blur that caused every other light in the room trace and warp in his periphery as if he was looking upon the arch of divinity or the figure of God herself. But it was more than likely the mercury poisoning, the choking lack of oxygen and the high parts per million of burnt carbon trapped in the gambling dungeons walls.

Trembling, his hand slid a dollar into the machine’s coffers. Feebly, his arm stretched out from the baggy blazer and pulled.

Still gripping the lever, Oswald's free hand cavorted another dollar into the coffer.

The slot produced a slip of paper with indulgence for $33 printed over a portrait of Saint Cajetan.

Raymond clasped his hand down on Oswald's shoulder. Something like congratulations flowed from his mouth, but Oswald heard nothing more than tongues.

Another man was there, a priest with a hip holster and a badge who asked for IDs. Something about the Cajetan’s being 21-and-up flowed like babbling water from his lips.

They were under the neon saint of gamblers again. The indulgence was crumpled in Oswald’s hand with a Visa gift card he vaguely remembers Raymond handing him.

He collapsed into Raymond’s open embrace then vomited over his shoulder like a babe being burped into new life.