The Sound of Black Panther 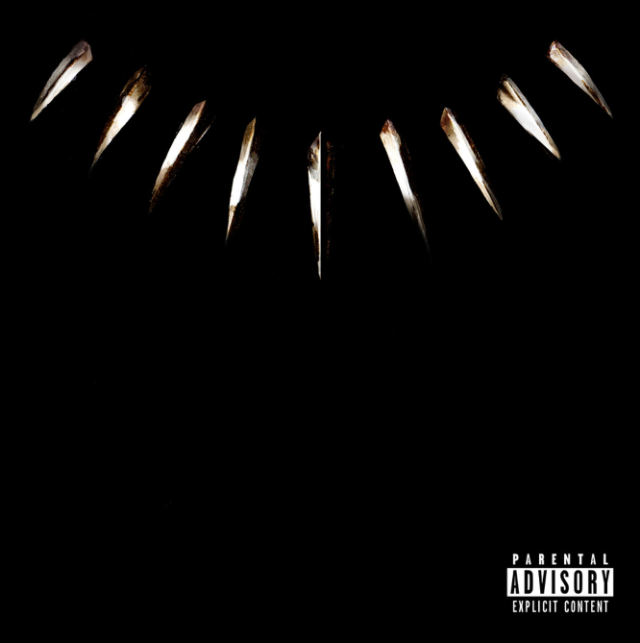 “Black Panther” is phenomenon. The film is being touted as the best Marvel film to date. It has already raked in millions at the international box office and is slated to dominate the domestic box office. What better to go along with the film than a soundtrack produced by none other than Kendrick Lamar?

To be honest, it’s kind of difficult to be critical of this album because of the cultural moment it’s taking place in. It’s a piece of work that brings together a variety of black artists with the sole purpose of presenting a film about a black superhero directed by a black director with a majority black cast. That’s a big deal and if you can’t see that, then this moment isn’t for you.

It’s less of an album and more of a playlist curated by Lamar. It’s sporadic in its sound yet focused thematically, shifting from overwhelming confidence to crippling inner conflict in an instant. In a way it reflects Lamar’s past work, except he’s not the main attraction; instead, he takes on a recurring role through ad-libs and short verses. In the process, he provides consistency and familiarity throughout a collection of tracks that would clash otherwise.

The singles are arguably and expectedly the most generic songs on the album, playing to the wider audiences. They’re catchy and fun but play to the guest artist’s strengths. SZA and The Weeknd bring their pop stylings to “All The Stars” and “Pray for Me,” respectively. Meanwhile, Jay Rock delivers gruff bars on the lone rap single “King’s Dead,” which actually ends with one of the stronger verses from Kendrick.

Outside of that, there is a lot of Afrocentrism present in this album that is properly represented by African artists, like Yugen Blakrok, Babes Wodumo and Sjava. While Kendrick is a versatile artist, his decision to turn the reins over to them for the Afrocentric songs allows for better representation (cough, cough, Drake). There is also a slight nod to Ryan Coogler’s Bay Area roots with “Paramedic!” from Vallejo-based SOB x RBE.

Overall, Kendrick brought together a collection of artists to create an album that encompasses the black experience, or at least attempts to, for the sake of a major motion picture. Its relationship to the film is evident but not overwhelmingly so. Several lines explicitly mention T’Challa, the villain Killmonger, and the fictional country of Wakanda. Beyond that, they are alluded to through the themes and the instrumentals more so than the lyrics.

It goes without saying that this is probably a personal project for Kendrick, considering the circumstances of how it came together. He was initially only going to contribute a couple of tracks but decided to take on the whole project after watching quite a bit of the movie, per Coogler. It stands to reason that he saw something in it that he felt he could properly represent, and he did.

Like I mentioned before, this is part of a moment, one that has long been overdue. That said, I can’t help but think that it’s coming out at the right time at the hands of the right people. Coogler is the right man to bring the Black Panther to life visually and Kendrick Lamar is the right man to do so musically.