Young But Wise: Sunflower Bean Shine On “Twentytwo in Blue”

The band’s sophomore effort tackles heartache and politics with youthful sincerity and a touch of glamour. 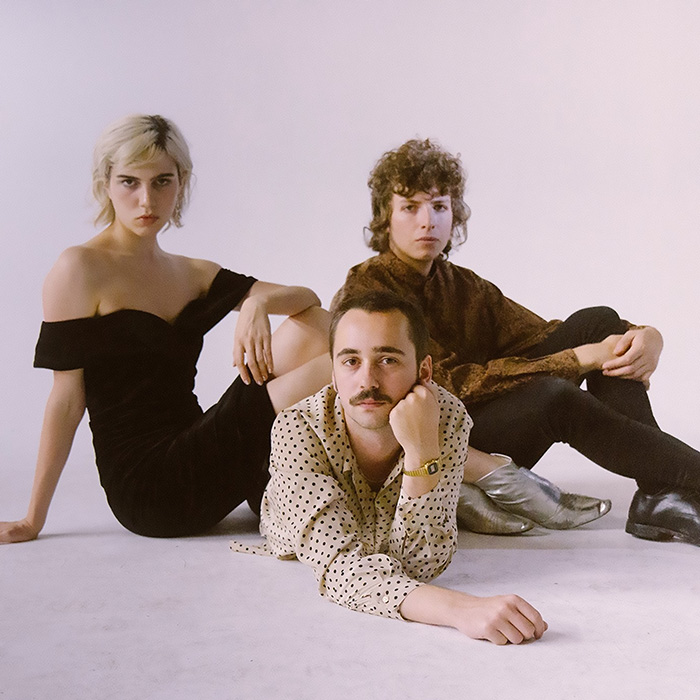 It’s hard to believe Sunflower Bean consists of three 22-year-olds. The Brooklyn rock band, made up of vocalist Julia Cummings, guitarist Nick Kivlen and drummer Jacob Faber — each more beautiful than the last — are a seriously original and talented bunch. A year ago I almost cried shaking their hands after a ten buck show at the Constellation Room; just last week their new album made it into the UK Top 40 for the first time, a recognition that is more than well-deserved.

Their sophomore album “Twentytwo in Blue” explores heartache and political anxiety through the confused yet surprisingly wise lens of the modern twenty-something. The bittersweetness of the age is encapsulated into the music video for single “Twentytwo,” in which a lanky Cummings dances atop a moving car in prom getup while feeling simultaneously independent and irrelevant.

Cummings seems to be eschewing the airy, ethereal vocals that made debut album “Human Ceremony” so enigmatic and her new chops are rougher and more direct. Opener “Burn It” is a punchy rock ‘n’ roller, as is “Crisis Fest,” political punk with a generic riff and arena rock drums. Its lyrics, referencing missile tests and student debt, straddle the fine line between cheesy and actually revolutionary, but they straddle it gracefully.

No matter which parts of the rock and pop treasure chest they choose to explore or draw from in the future, as long as they retain their unique chemistry, the only way they’re going is up.

A big, glam rock sound is present on “Human For,” the sing-along vocals and Faber’s drums building to rebellious euphoria. Kivlen, who often trades off vocals with Cummings, sounds quite at home on “Puppet Strings;” he even busts out a very self-conscious, ‘70s-esque solo.

But the band is not just three smoldering, glittery faces with glam rock sensibilities — they have kind eyes and goofy grins, and that sincerity can be remarkably comforting. Reassurance reigns on slow, simmering numbers where Cummings and Kivlen chant harmonic, loosely-interpretable mantras, such as “You're exactly where you're supposed to be” (“Only A Moment”), “Time is on your side” (“Any Way You Like”) and “The past is the past for a reason” (“Memoria”).

One of the album’s highlights is the Fleetwood Mac magic of “I Was A Fool,” which, besides playing homage to the band’s many influences, makes the most of their musical cohesion; it is gorgeously romantic, mysterious and groovy — the very essence of Sunflower Bean. No matter which parts of the rock and pop treasure chest they choose to explore or draw from in the future, as long as they retain their unique chemistry, the only way they’re going is up.