Baby Yoda and The Mandalorian

By now I’m sure you’ve heard of “The Mandalorian,” or at least of Baby Yoda. So I’m here to give you my completely unwarranted take on the first season of everyone’s favorite mistaken characters, the Mandalorian (not Boba Fett) and The Child aka Baby Yoda (not actually Yoda).

It’s established early in the first episode that the series is exploring the time span between “Return of the Jedi” and “The Force Awakens,” specifically five years after the fall of the empire. This decision allows the creators to explore a completely new aspect of the canon. They give it the same style as beloved space westerns “Firefly” and “Cowboy Bebop” with the added haunting visuals of a decrepit empire struggling to regain power in the farthest reaches of the galaxy.

The show follows our titular Mandalorian as he struggles to protect The Child from the remains of a dying empire. Throughout these adventures, the audience gets to learn more about Mandalorian culture with just a sprinkling of revelations about The Child’s species, something the main series of films has yet to dive into. The show also includes many hidden Easter eggs for the Star Wars superfan without being distracting for the average watcher. 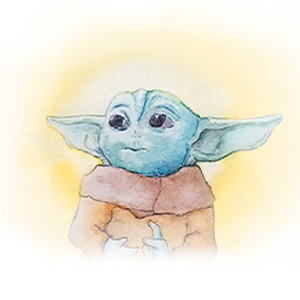 Something that really struck me about this series was how the individual voices of the different directors shine through each episode. Over eight episodes, five different directors take on the challenge, including notable names like Bryce Dallas Howard and Taika Waititi, and even though most episodes were written by Jon Favreau, each one feels unique. Overall, the show does an excellent job at giving meaning to each side adventure while maintaining cohesion across the series. The only exception being episode five, “The Gunslinger,” which ends up feeling underdeveloped and a little soulless. Over the course of this first season, we get to explore who the Mandalorian is and how these events change him — and it’s a total delight to watch.

But for all the brilliance of the show, Baby Yoda has enraptured even the most cold-hearted of people. When the first episode premiered on Nov. 12, no one was expecting such an adorable surprise. The show’s marketing prior to its premiere was completely absent of Baby Yoda and when he first appeared at the end of episode one, it caused a complete social media firestorm. Overnight, Baby Yoda became the hottest topic and newest meme, leading to the best free marketing Disney could have hoped for. All in all, “The Mandalorian” is well worth your time, even if you only watch it to bathe in Baby Yoda’s cuteness.