Borderlands 3 feels like a rampant gun-toting romp through the galaxy with a bonus of well thought out storylines and interesting characters.

Borderlands 3 is a quirky role-playing shooter that is known for its cartoon-like art style, two-player mode and abundance of unique guns. With a five-year break between now and the release of the previous game, this new chapter has been highly anticipated by fans of the Borderlands franchise.

For those who haven’t played before, the premise is that your character is a gun-wielding “Vault Hunter,” essentially a mercenary, who searches for alien treasure across the galaxy. Your main goals are to collect loot, level up and occasionally save the planet. In Borderlands 3, Lillith, a main character from previous games, sends a siren call for new members to join her vault-hunting team, the Crimson Raiders. The main storyline involves fighting a powerful cult of bandits that has formed across planets. To help guide you through the game, you also see the return of the iconically aggravating robot companion, Claptrap. 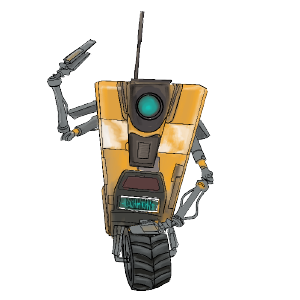 To begin your journey, you get to pick one of four characters, each with special abilities. Amara is a siren with dynamic magical abilities, Fl4k is a cyborg who trains pets to fight for him, Zane Flynt is able to send out turrets and drones, and Moze is a heavy shooter who can fight from within a large mech suit. While these characters are all new to Borderlands 3, many playable characters from previous games also make appearances throughout the story.

Along with a history of recurring characters, Borderlands is also one of the few mainstream shooters to offer local multiplayer. In fact, being able to play with friends was the biggest feature I looked forward to. It was a bitter discovery to find out the local co-op mode was virtually unplayable. Horizontal splitscreen caused each player's view to be stretched ridiculously wide, subtitles and menu boxes became illegible and after 15 minutes both of us were too dizzy to continue. It was a very disappointing revelation, with the only remaining options being single-player mode with friends watching over your shoulder or having two people buy the game and play online from the comfort of their own homes.

It was a bitter discovery to find out the local co-op mode was virtually unplayable.

Beyond the unplayable split-screen, the overall gameplay and design of Borderlands 3 did not disappoint. Borderlands has a unique visual style on the cusp of realism and cartoon, making it easy not to take yourself too seriously during playthroughs. Compared to the previous game, I also noted an increase of environmental details and finer textures, especially when the game expands to new planets. These environments range greatly from dusty deserts, to swamp land, to mountain top temples and the variation made the game fun to play for long periods of time.

Another huge highlight of this game would be the refined gameplay. Shooting is more satisfying; it is clear that 2K spent a lot more time on fire rates, kickback and corresponding controller vibrations to improve immersion. Even reloading has been revamped; now revolvers have to be reloaded by the individual bullet. The gore is also more prevalent, albeit more comical than realistic; I did notice an option in the settings to censor gore if that's the kind of thing that gets to you.

Overall I’m excited to continue playing and can definitively call it an upgrade from any previous games. The only real downside for me was the lack of vertical splitscreen. When so many franchises have been pushing online multiplayer (Call of Duty, Overwatch and Destiny, for example) it keeps players distant from their friends. Shared experience allows players to focus on the fun they’re having rather than focusing too much on the game itself. As a brand-new release, these issues have the potential to be resolved in upcoming patches, but until then I won’t be able to give this game ten stars, no matter how badly I want to.