Mouths. They do many things, and most of those things are in fact sounds. But sometimes, mouths make sounds that say something about us, our state of mind and serve to illuminate the machinations of our mental processes.

These illuminations may shine forth at the keyboard, sitting in traffic, waiting in line or futzing about with the damn keycard for the magazine office, but not all mouth sounds are equal in function. 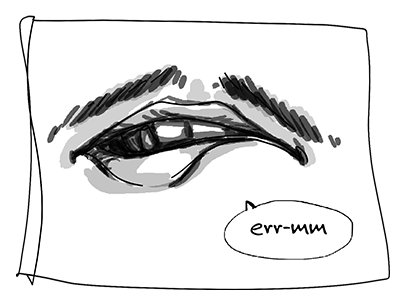 Typically followed up by a under breath “shit” or “fuck,” a chorus of these “erms,” “errs,” and “emms” can be heard through out the production night in the 22 West offices.

The mouth sound itself often keeps monitors from being chucked across the office. It’s the last bastion of peaceful release breathing out the tension between knowing what you want to write and just not having the words for it, an uttered safe guard from plowing a mouse through the wall when Photoshop refuses to mask an object in the foreground and a sedative scoffed out onto hot nerves.

Indeed, where would our society be without the “err-mm.” Would Paul the Apostle finish penning The New Testament if he didn’t have a series of “errr, shit” and “mmm, fuck” at his disposal? Did Buzz Aldrin not repeatedly spout off “herrm, damn it” as he tried to parallel park The Saturn V on the moon? Wasn’t it J. Robert Oppenhiemer who spoke “err-mm, dang” before becoming the destroyer of worlds? The answer to these questions should be obvious. Yes, they did. 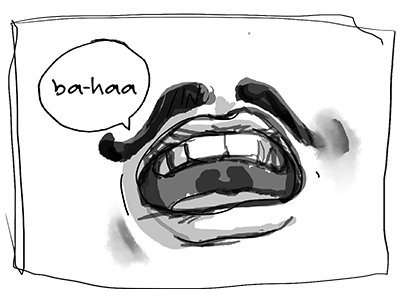 As you come out the endless string of profanity and “err-mms,” you’ll hopefully be able to afford yourself a “ba-haa” in resolution and relief.

While perhaps the most refreshing bit of hot mouth air on this list, the crispness of this mouth sound can’t over shadow how important its release is for peak health. Yes, while the “err-mm” has a sort of masochistic satisfaction to it, leaving oneself so tense and backed up can lead to bad mental, physical and dental health.

Let’s take this opportunity to exercise a “ba-haa” mouth sound exercise. Start by standing up from your desk and begin with the “ba” sound to unclench your jaw and glutes, then breathe into the “ha” sound to expand your diaphragm and inner consciousness and then out into a long “aaa” sound to release tension and stagnant saliva.

Ask your local yoga instructor if they have any tips to improve your “ba-haa” mouth sounds. 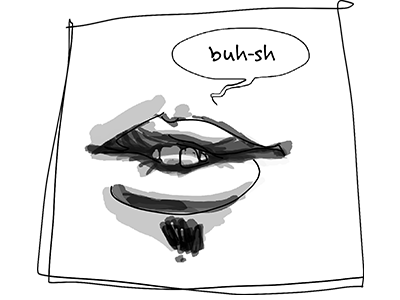 Though this is closer to a gasp than a mouth sound, the inspirational “buh-sh” is a rare moment of serenity equivalent to seeing the Earth Mother Gaia.

The “buh-sh” is something only obtained through wandering for a kernel of inspiration in the corn maze of the mind. While the “buh-sh” may seem like it’s all hot air, the lengths creative types will go to achieve this semi-satori state of sighing can be described as extreme.

From standing desk-bound ayahuasca trips in the Amazon to roller chairing up Mount Everest, seeking the “buh-sh” is a treacherous task typically marking the peak of the mouth breather’s existence.

But remember, the “buh-sh” isn’t an oral trip taken easily. Be sure to hydrate before the start and after the end of the mouth sound, then take time to incorporate the “buh-sh” experience.

The “mmm” of ennui 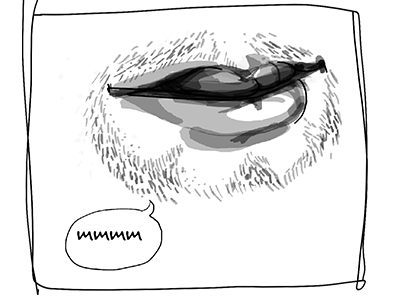 To end on a somber note, the “mmm” of ennui is nearly universal to the human experience.

Often coming out of the extreme serotonin dump from the “buh-sh” or the general listlessness of modern life, the “mmm” is an epidemic in our time. But fear not, for this mouth sound is simply the elevator music for things to come.

Rather your brushes with darkness, our old friend, are staring into full fridge with nothing to eat, passing time rewatching Instagram stories or searching for another quippy bit to throw in an article, the “mmms” signal a stagnation on the precipice of being broken.