Behind the Couture: Model Auditions 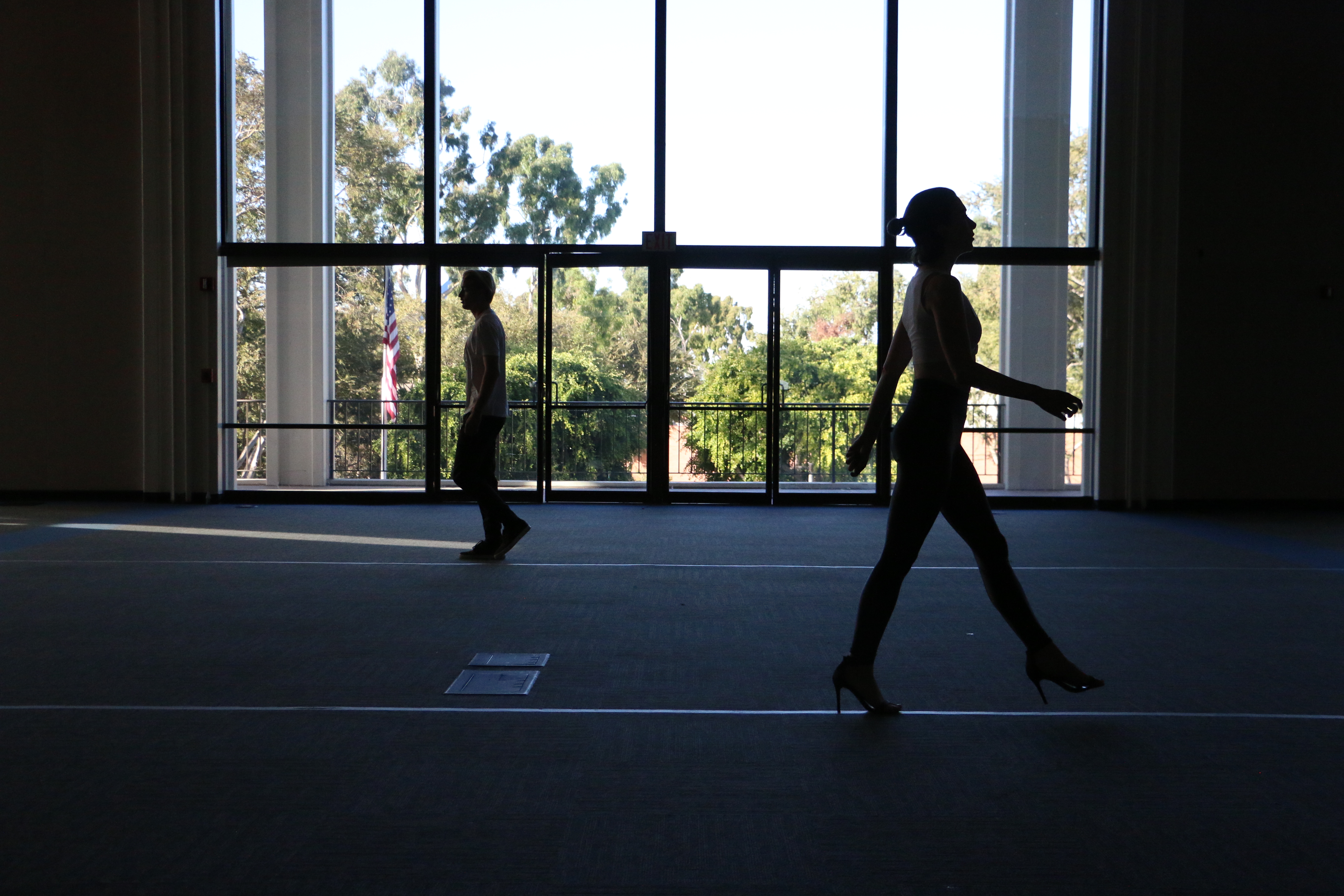 Ten models in white shirts and black pants glanced at each other as they sat alongside the extension wall of the USU ballroom while their assigned numbers were called out one by one to be measured or have their headshots taken.

“In high school, I was in the fashion club and walked in the annual fashion show,” said sophomore model Jan Tariga, a liberal studies major. “I haven’t walked in a long time, although I love the feeling and the walking in modeling. I like to know that I fill the niche when it comes to [the] diversity that model casters are looking for now.”

Although they’re seven months ahead from their annual spring fashion couture show, Long Beach State Campus Couture hosted their first model cast of the year at the USU ballrooms this Tuesday. 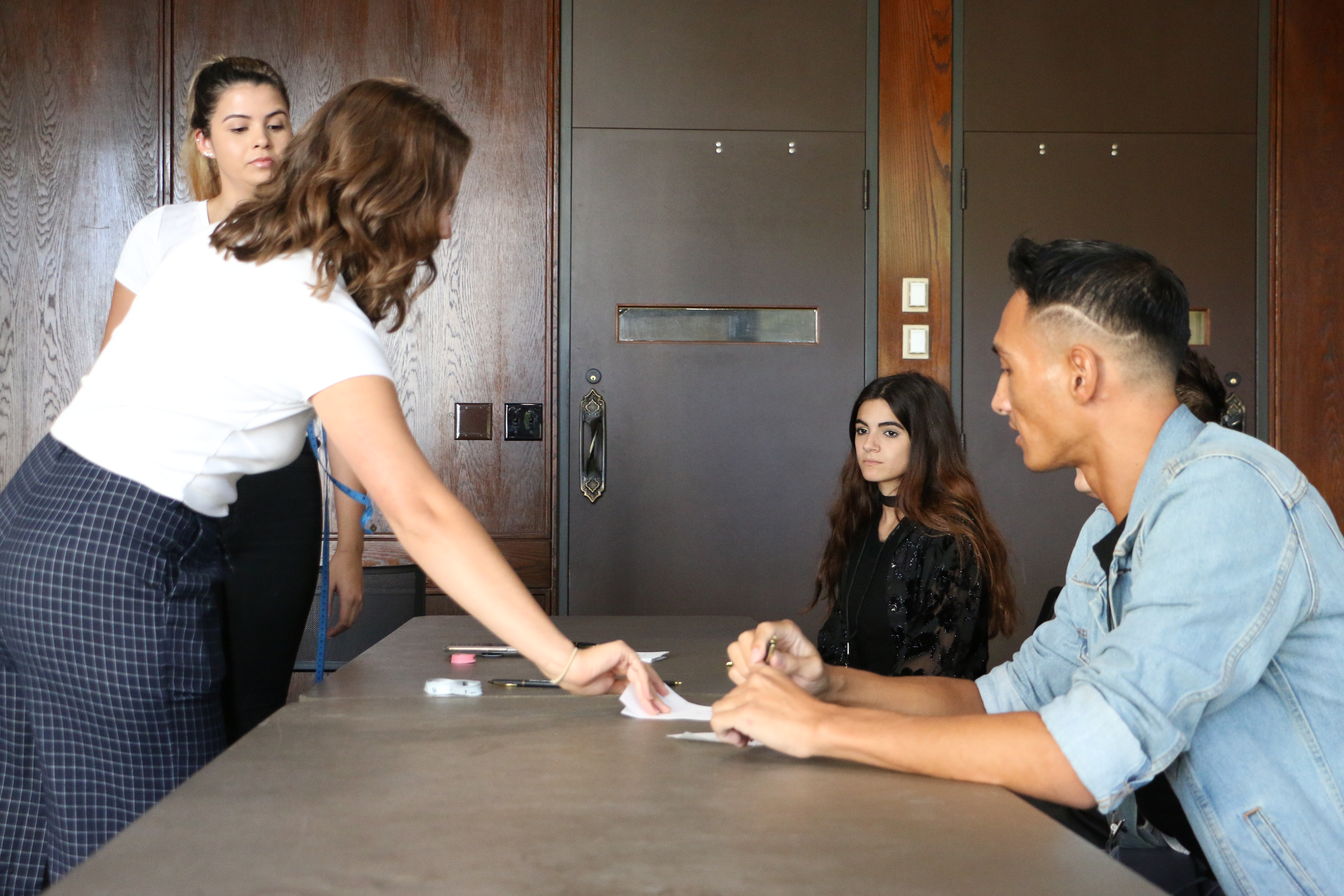 Oluwole stated their goal for this casting was to have 50 to 60 models auditioning but if they didn’t reach those numbers, they would still have other model castings lined up for the fall and spring semester.

“This is for everyone, we don’t discriminate for a type of body or height or anything specific like that. We just want people that are into it,” said LBSU Campus Couture head coordinator Gabrielle Da Silva.

Oluwole added, “It’s all about attitude and personality.”

As catwalk-friendly music like Estelle’s “American Boy” started blasting, the group of ten models made their way into the audition room.

“They all seem pretty professional too,” said Bullock. “Most of them coming in look like they have done it before. Also, I saw a lot of familiar faces from previous fashion shows.”

The model casting event did not only involve members of LBSU Campus Couture but also 33 volunteers. Eleven volunteers were divided into three shifts and assigned tasks in either the check-in area, model preparation area, or model logistics, where they imputed model measurements into a computer. Most of these volunteers, according to Oluwole, came from a fashion merchandising and design course or “Week of Welcome” sign ups, or were just individuals that were interested in the event.

“I was first introduced to it by my [fashion promotion and sales] course,” said junior volunteer Kamila Duncan, a fashion merchandising major. “I would have done it regardless of the class. This opportunity doesn’t always come up and working behind the scenes of a fashion show—how they measure models, how they are lined up, all those precise details—are important.”

Groups of ten started to flow in from the check-in area, model prep area and model audition space over the course of the remaining three hours into the model auditions. Volunteers like Lauren Gonzalez, another fashion merchandising major, created ice breakers to ease models’ nerves while she took their headshots against an oatmeal-tinted wall. 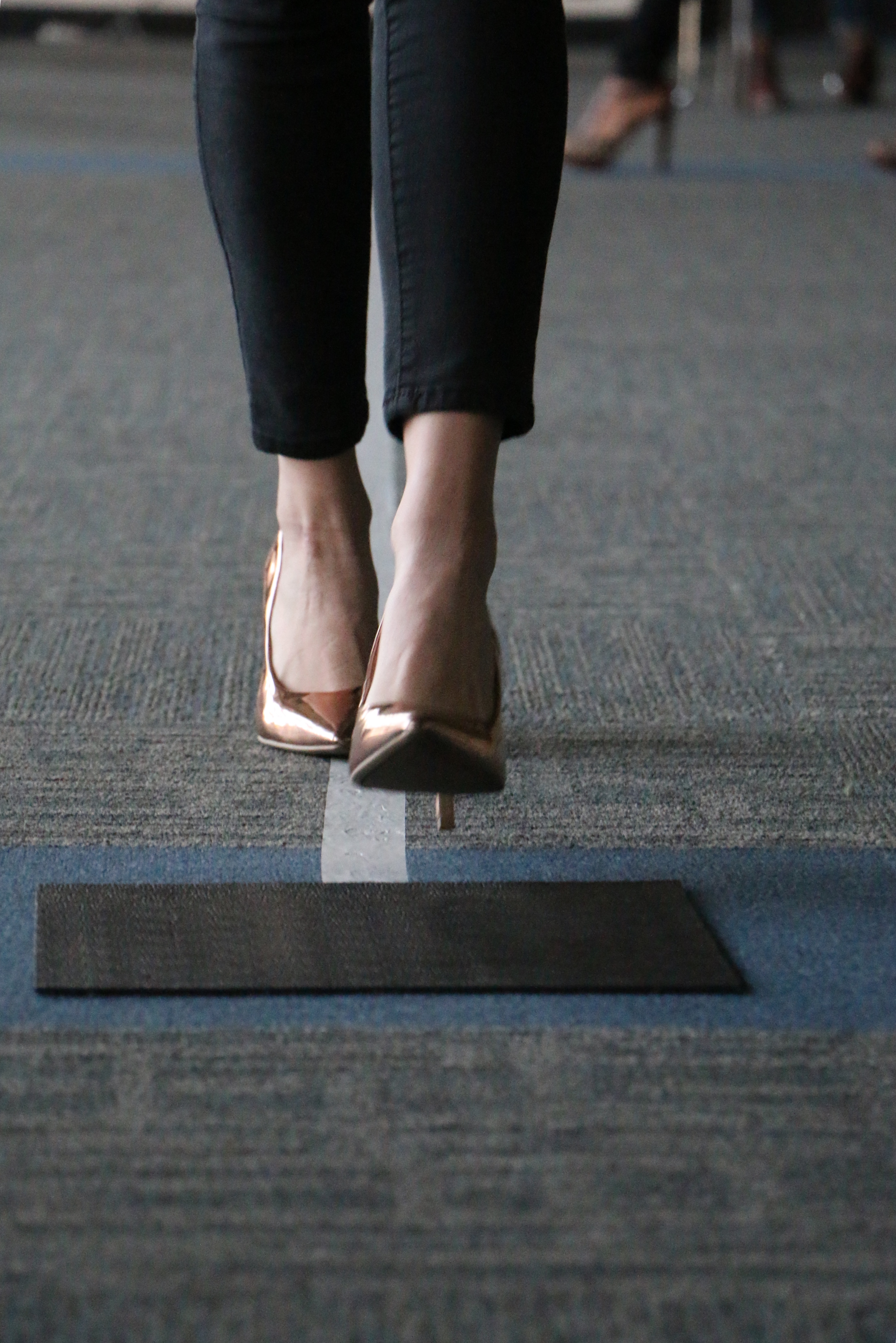 The first model casting ended with a total of 52 models auditioning.

Everyone was pleased with the outcome and excited to picture the diversity in the 31st Annual LBSU Campus Couture Fashion Show.

“The model casting is open to anyone and everyone,” said Oluwole. “Just come in and walk.”

The next model casting will take place in the USU ballrooms on Dec. 3 from 4 p.m. to 8 p.m.