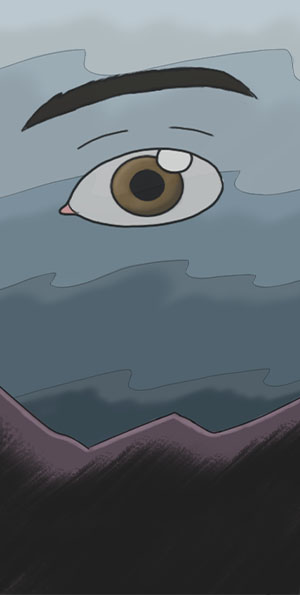 It’s dark and I’ve been floating in a liquid that’s not water. I’m sealed tight in a small circular container next to my brother, Right. I can’t see him at the moment but I know he’s there. I know this because the container, which we’ve decided to call our home, comes in two’s. If one of us were to fall down the sink or split in half, then our job would be done. But I had a good feeling that wouldn’t happen because I had read our client’s file. You see, before my brother and I are delivered to assist, we are given a file to see what the heck the customer who purchased us is all about.

Our client’s name is Nia Washington. She’s 13 years old, about 5 feet, 6 inches tall, brown curly hair and has a slim frame. Nia is an only child, loves to read and is the top student in her class. Impressive to say the least, I know she’ll take care of us.

At about 6 a.m., our home is picked up and placed on a low, hard surface. Immediately after, I felt the roof of my room being unscrewed as she struggled to open it. Moments later, I saw the light. That light was soon covered by Nia as she looked at me. She wore our co-worker, or competition, Glasses. Why Glasses are our competition is another story for another time, but let’s just say Glasses thinks she knows everything because she’s old-fashioned and have been around longer than us contacts, but who cares? I’ve always told her we have the same purpose but Glasses doesn’t like to see eye to eye with anyone. 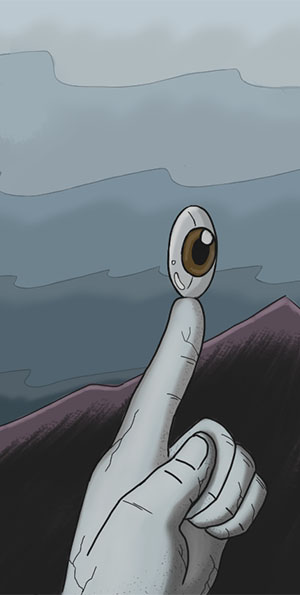 Anyway, Nia removed Glasses and folded her down right next to me. Glasses whispered, “Congratulations, I couldn’t make her happy but maybe you and Right will.” Before I responded, Nia dipped her bright pink nail inside and scooped me out. She filled my tummy with a liquid that’s not water. Nia fidgeted around trying to balance me on her index finger. After the fifth attempt, she then placed me softly onto a big white ball with a dark brown dot in the middle of it. She did the same for Right.

Nia was new to us and we were new to her, but Right and I were trained. For example, I was able to see what’s going on in our client’s world through the flashing lights that went off every four seconds when those furry things flapped together. I can also withstand getting wrinkled when I’m dry and tired. Not to mention, I’m able to bear the pain when a long piece of string invades my space until it’s removed. But Nia, on the other hand, took a while to get adjusted because she poked me around until she felt comfortable. Afterward, she looked in the mirror and saw that everything was clear.

Our day together began. We went from the bathroom to the living room, living room to the car, car to the outside of a building where a whole bunch of young people were. I mean there were so many of them that ran through the halls, threw balls, slammed lockers and stared at us.

She kept walking though, all the way into a classroom where she sat down in her seat. Middle row, brown desk, a history book and on top lay two Jeff Kiney novels. In front of her sat a boy who slowly looked back at her more than once. He was amazed, although I’m not quite sure what about. I mean, Nia was a smart girl and all but there had to be something different that he noticed. Something that suggested those wide-eyed, slight smiles everyone gave us.

Glasses had known Right and I would make Nia happy and we did.

Thirty days have passed since we’ve been with Nia and I’ve only seen Glasses in sight at night. Surprisingly, she doesn’t seem too mad that Right and I have taken the day shift while she sleeps in her case. Nia’s been going from home to school, school to the library, library to piano class, piano class to the movies with the boy, movies with the boy to shopping with her new friends; she grew a lot. But Right and I can never get too attached because we only help people see their way through.

Did I forget to mention? As a contact, I can never get too comfortable since I don’t last that long and neither does Right. After being used for a while, both of us get discarded and a new set of siblings come in to continue the job. Sad right?

By the way, my name is Left.