Guardian Scholars (GS) is a program on campus that supports current and former foster youth at CSULB. If you have been in the foster care system, find out how you can become a Guardian Scholars member!

Being a very self-critical person, I have always been fearful of the worst, especially in terms of my social interactions. One of the most engulfing has been the fear that the ones I hold dear would not hold me to the same standard, and that’s what influenced this photo essay. I chose to start with my friend Kevin enjoying the company of our other friends, Sam and Sella, and as he parts ways with them, he can’t help but let his mind flood with that fear that they are now talking about how awful Kevin is, and that they have been fake to him all along. I chose the red lighting to emphasize that this is Kevin's fear and the lighting change signifies it’s only in his head. When he looks back the lighting has changed back to normal, Sam and Sella are still having a casual conversion in actuality. Kevin’s fears are calmed and he can now move on in peace. The situation playing out in these photos is something I go through a lot but my fear always gets me in my head, which in the end is never what plays out. 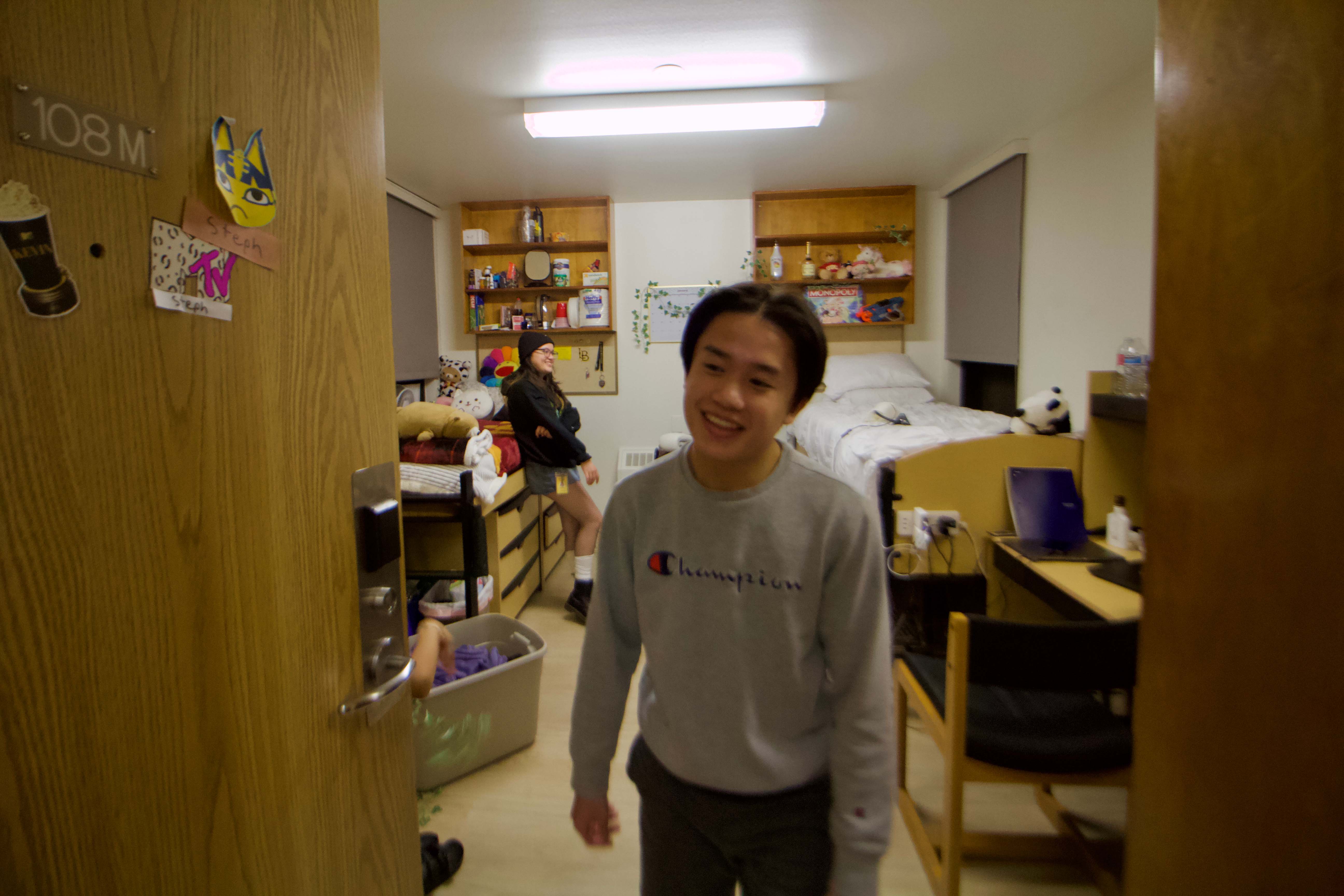 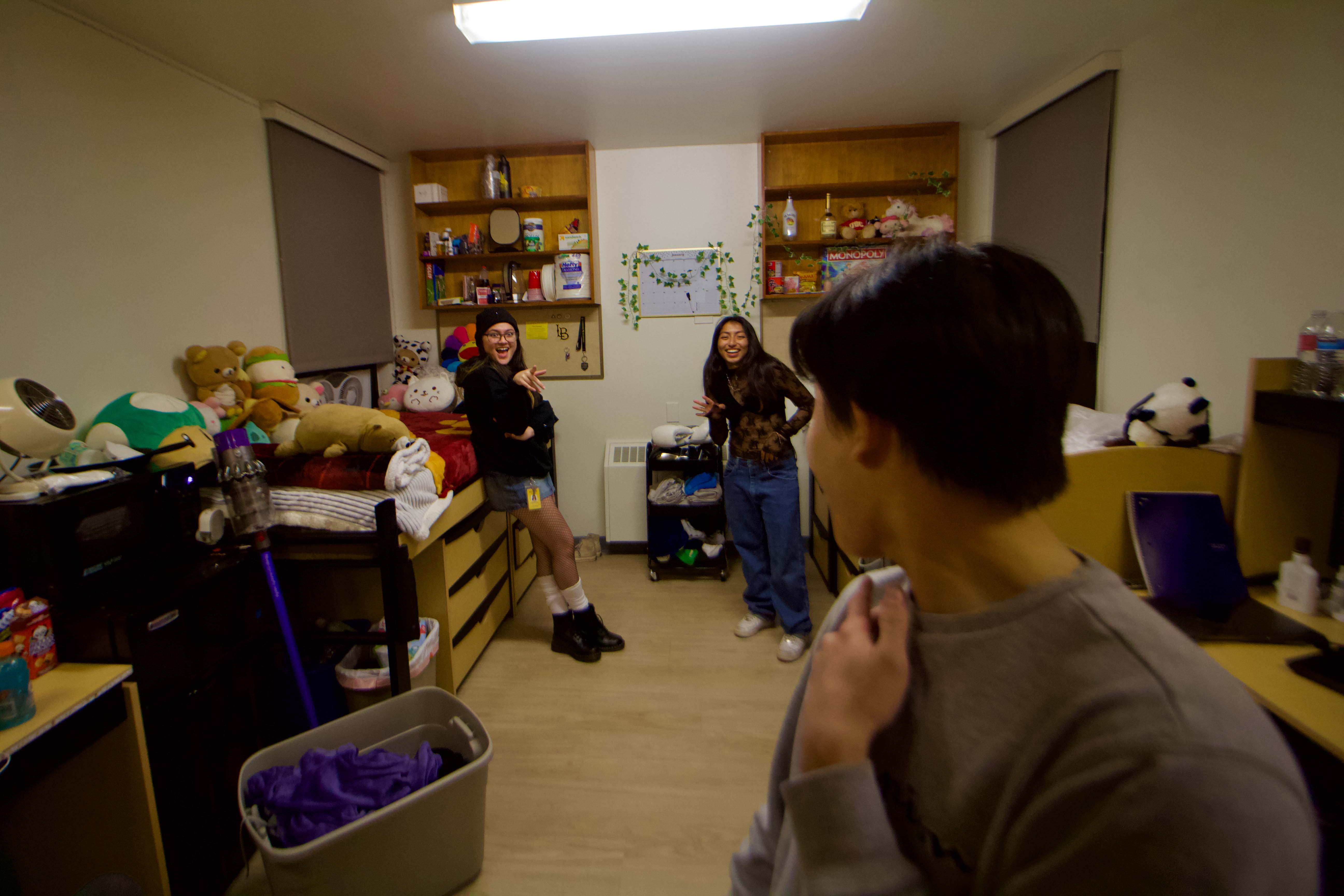 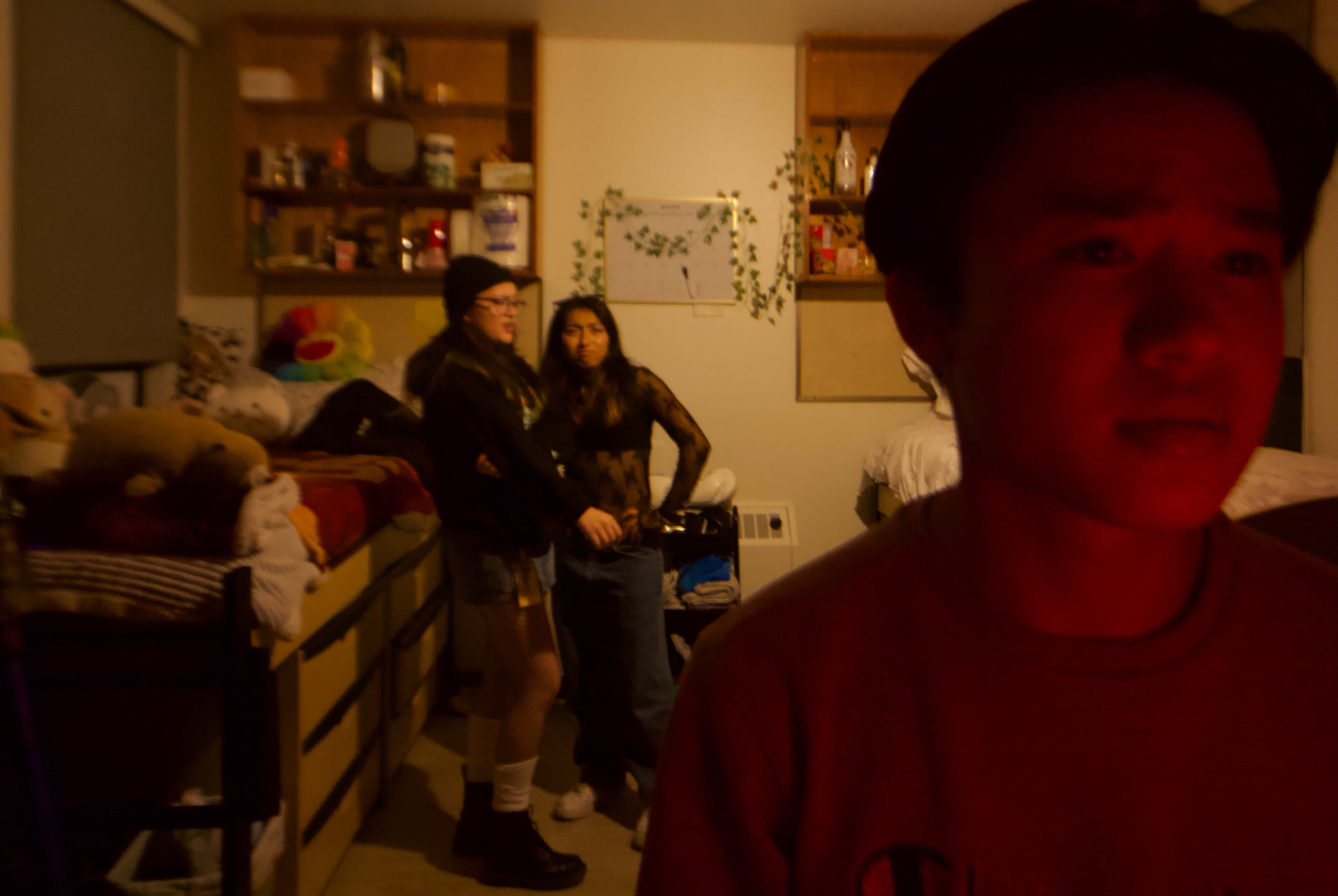 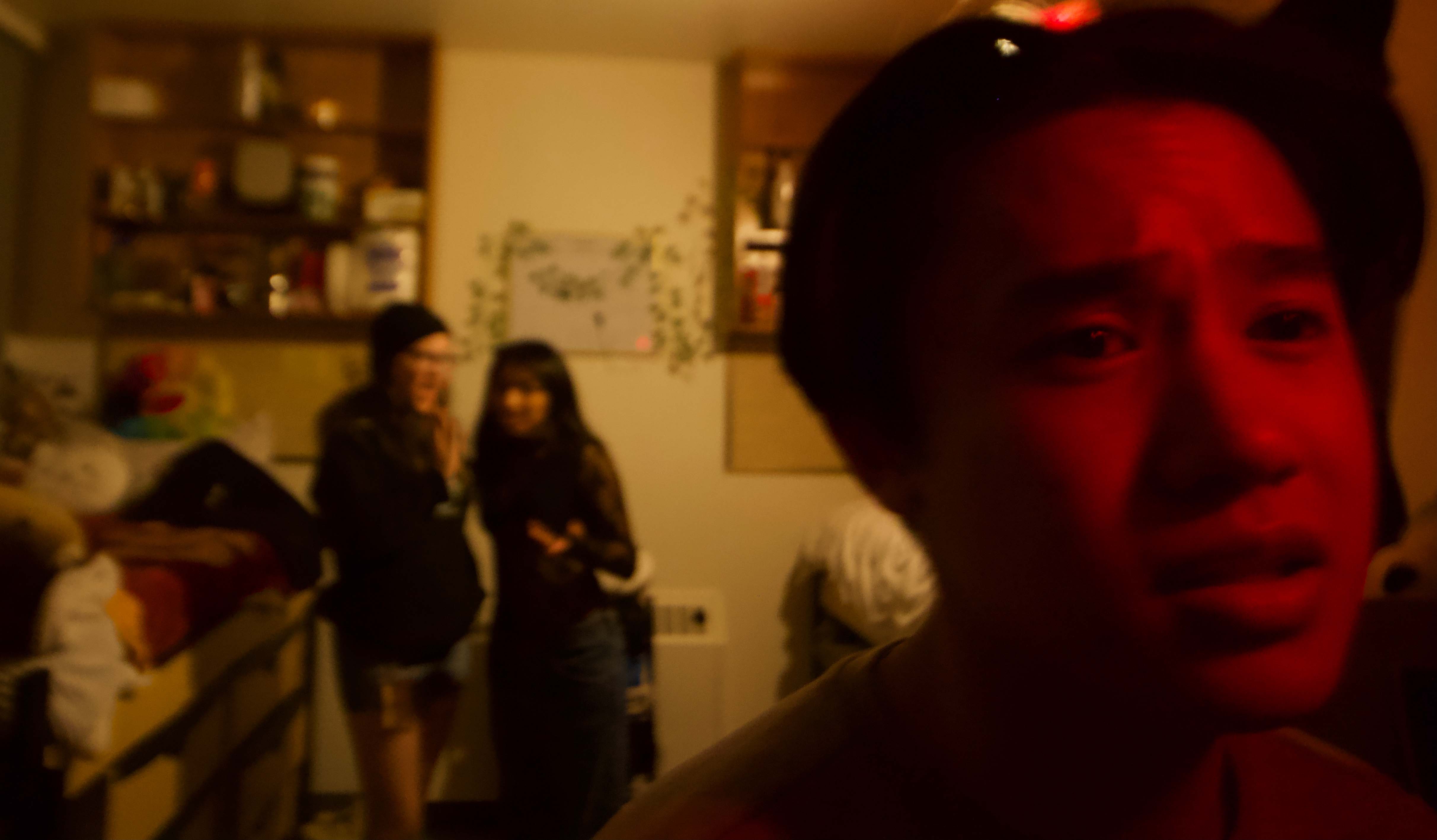 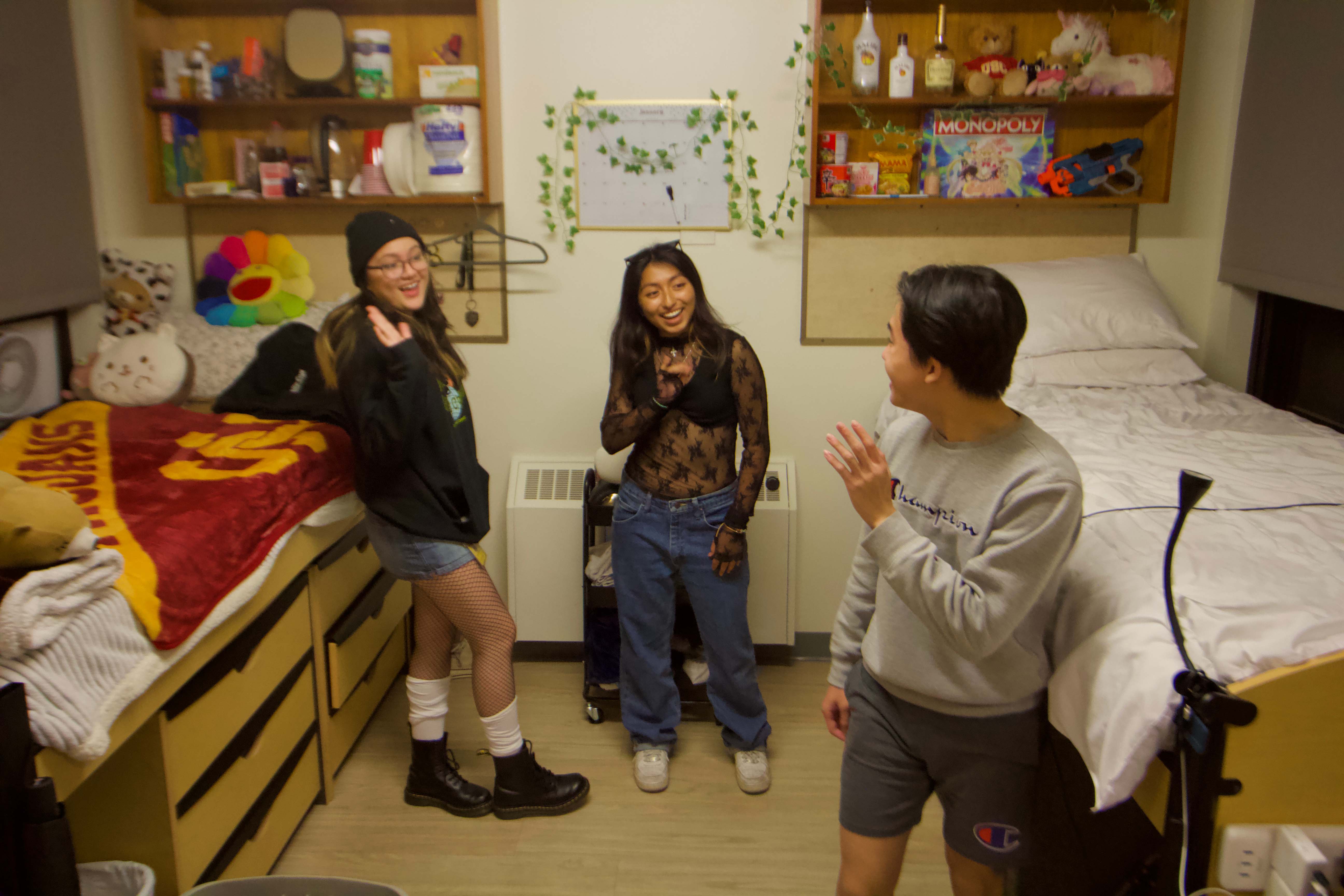 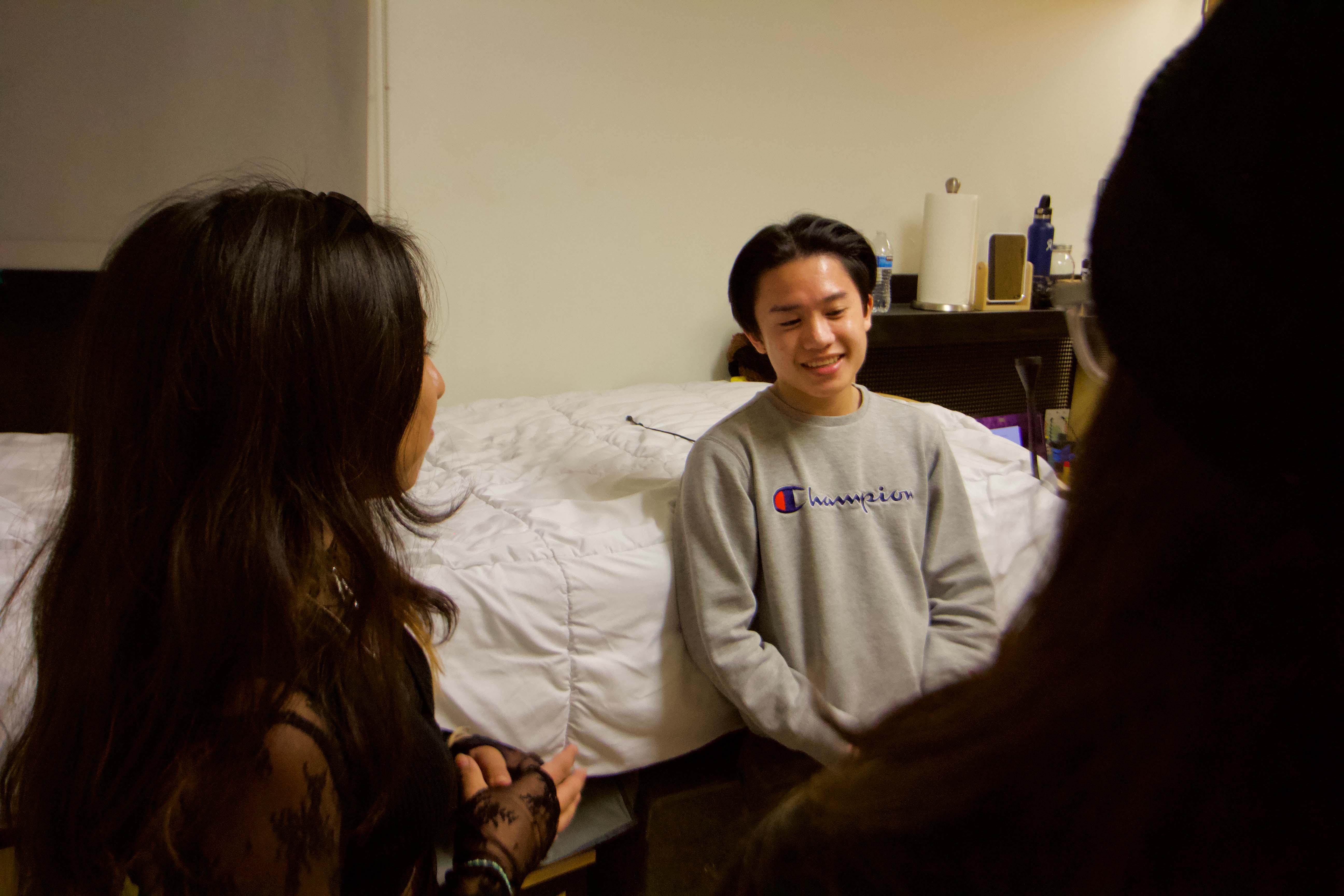 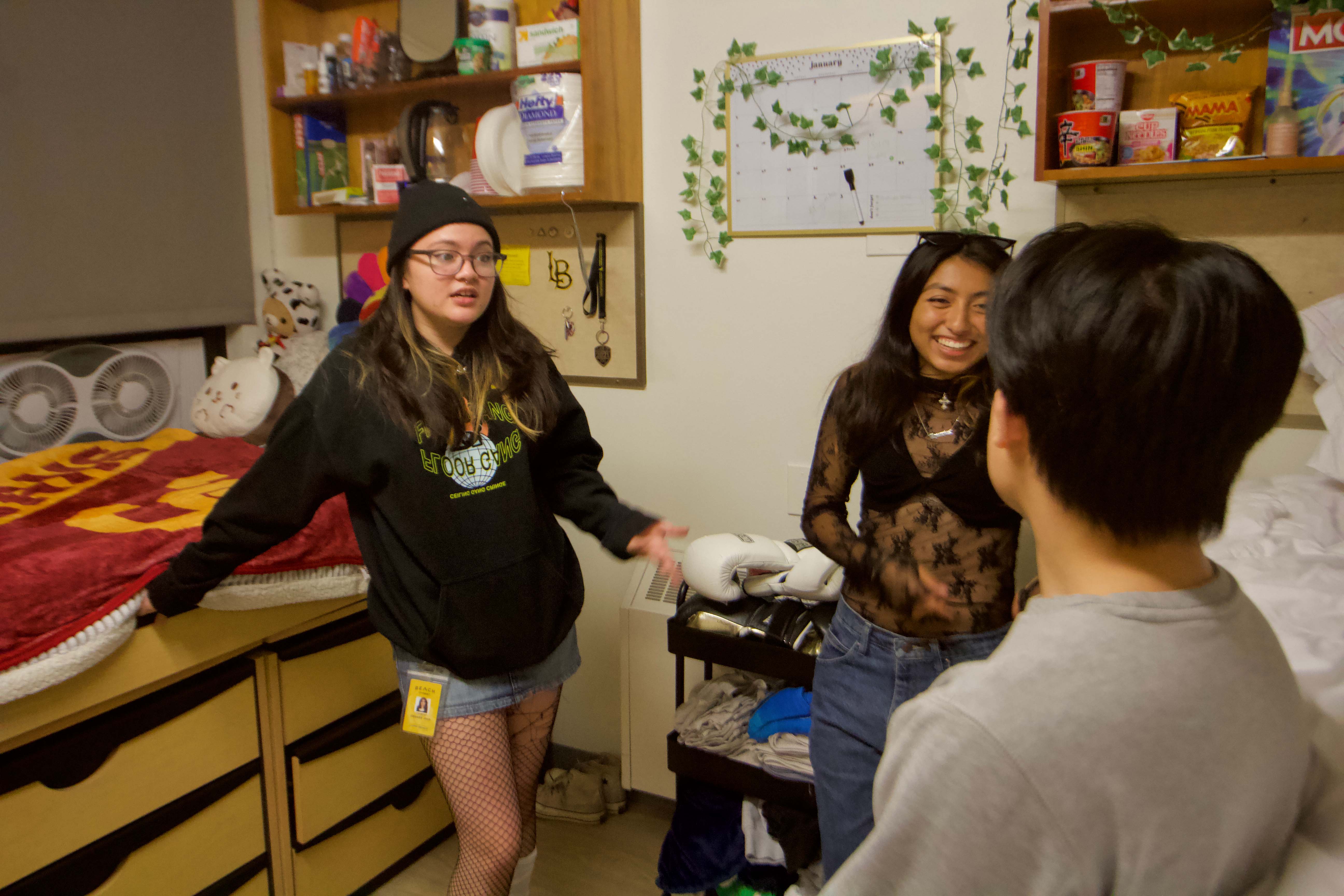