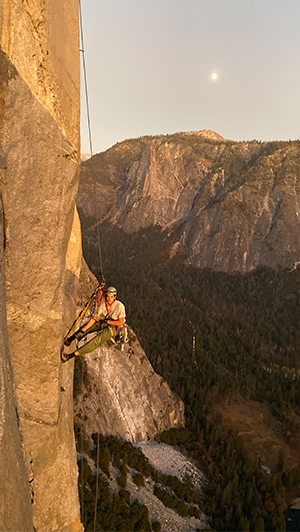 As I look back at the time I’ve spent gawking at the towering granite formations in Yosemite Valley, I realize that I had never considered the cosmic connection they could provide—not just to nature, my physical and mental limits, my own spirituality, nor to the friends I’ve made among them—but to another time, to the people that pioneered the exploration of those monolithic cliffs and set the stage for my own growth, somany years later.

This year was a big one for my climbing partner and I as we finally began ticking ascents of the Yosemite walls that we had dreamt about doing since we started climbing on plastic holds in a Costa Mesa gym. After climbing the Regular Northwest Face of Half Dome in July—a climb that takes pride of place, towering above the Valley, the first Grade VI rock climb in the world and originally climbed by the great Royal Robbins et. al in June of 1957 in one ground-up push—we decided that it was time for us to attempt a big-wall style ascent of our next historical objective: The Nose of El Capitan, one of the largest continuous rock faces in the world. Thought to be an impossible feat, even after Robbin’s ascent of Half Dome, Warren Harding eventually climbed The Nose in 1958.

Wildly enough, El Cap still remains the primary arena for forward momentum in the sport. With figures like Alex Honnold, who climbed the Freerider without a rope, and Tommy Caldwell, who spent 10 years mapping and climbing The Dawn Wall, the hardest big wall route in the world, the rock climbing world is still pushing the limits of human physical and mental endurance. This held true to such an extent that, within 15 minutes of our returning to the van after our four day push to the top, both Tommy and Alex walked off the trail next to us, just having finished another new route at the same time we had climbed The Nose. We exchanged hellos as equals, and I felt the same inspiration that must have guided them to execute their own goals, and I felt, however momentarily, the spirit of my heroes as my own. 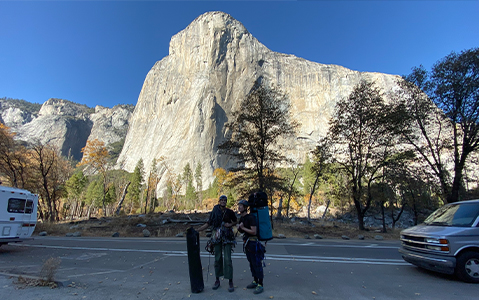 Rock climbing is the only sport where a person has the opportunity to walk directly in the footsteps of their heroes—literally jam their hands in the exact same cracks, smear the tips of their climbing shoes to the exact same crystals of granite, and even clip the exact same rusty gear that was hammered into the rock by them over 60 years ago. Upon this realization, our journey as climbers transcended the realm of the athletic, the adventurous, the spiritual and became a hands-on jaunt through the history of our forefathers. Although these pioneers couldn’t ever have known the gift they were giving us when they looked up at those endless walls and, instead of being shocked into anxious awe, decided that it looked possible to top out, I will thank them from the deepest depths of my soul for the memories and experiences it has offered me. As I sink back into the ebb and flow of my normal life after that inexplicable experience, I can rest easy at night knowing that no matter how unbearable the real world gets, no one can take away the granite that calls my name every moment of every day, waiting to be climbed by one more person, waiting to offer its fleeting liberation from the dread of tomorrow—waiting to ruthlessly humble one more curious young mind.