Despite all of the clutter and shenanigans, last year was a good time for film. We’ve seen a resurging interest in indie films through the ever-growing popularity of production companies like A24 and Neon. An increasingly diverse range of films are being played in theaters, bringing new faces and stories to the big screen. And of course, big name movie franchises are as entertaining and prevalent as ever.

There’s definitely something for everyone to enjoy, so here are some of our friendly neighborhood video staff’s top film picks for 2019. 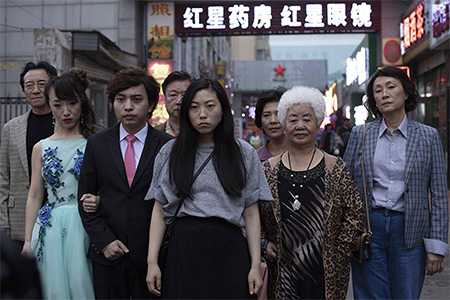 “The Farewell” by Brandon Kheang

What should you do when told to keep your grandma’s cancer diagnosis a secret from her? This is the central conundrum that “The Farewell,” directed by Lulu Wang, explores.

It is a witty, uplifting, family drama based on an actual lie from Wang’s childhood. Billi, played by Awkwafina, is a Chinese American who returns to her hometown of Changchun to find that her entire family is keeping their grandma’s terminal cancer a secret so that she may enjoy what could be her final family reunion.

What draws me so much towards “The Farewell” is the nuance it brings to portraying the Asian American experience. Billi is a character who finds herself stuck between two worlds. She wants to hold dear to her Chinese heritage which often comes into conflict with her American ideals.

The film explores what it is to navigate through family expectations and the different ways we show love for each other. Ultimately, “The Farewell” is a celebration of what makes family, well, family. 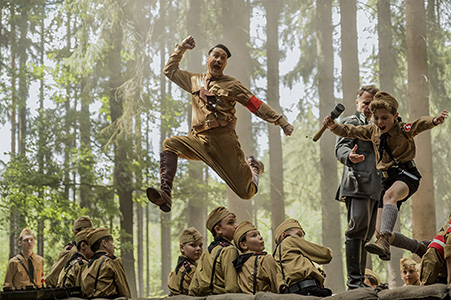 When I tell people that I’m a film student they always ask, “What kind of movies do you want to make?” and I always have a really difficult time answering.

I stumble over my words saying something like: “Ya know, I want to make like a witty comedy that’s like kinda dumb, but also serious, but like in a quirky way but will make ya cry, ya know?!?”

Then they look kinda confused, they smile, nod politely and usually slowly back away.

But now I can just say that I want to make movies like “Jojo Rabbit.” Taika Waititi’s film  is about a dedicated Hitler Youth boy whose priorities are called into question when he finds out his mother is hiding a Jewish girl in their house.

Extremely goofy humor usually takes all the dramatic weight out of a movie. However, “Jojo Rabbit” switches seamlessly back-and-forth between humor and drama to get your guard down and then punch you in the face with sadness, in a good way. Go see it. Movies are great.

“Star Wars the Rise of the Skywalker” by Moises Marquez

The dead speak! J.J. Abrams has finally released the long anticipated ending to the Skywalker saga.

Full disclosure, I love “The Force Awakens” and I think “The Last Jedi” took almost everything that film set up and disregarded all of it to subvert expectations in some of the worst ways possible.

Coming into “Rise of Skywalker,” I was extremely excited since Abrams had come to finish what he started, and I loved it.

It felt the most quintessential out of the Sequel Trilogy because it included sith lore like the wayfinders, alluding to the world between worlds, characters across the cartoons and films and the struggle between the Skywalkers and the Palpatines.

The lightsaber battles have never been better and the new uses of the force are a great addition to the lore. It was an epic, thrilling adventure from beginning to end that reminds me why I loved Star Wars. 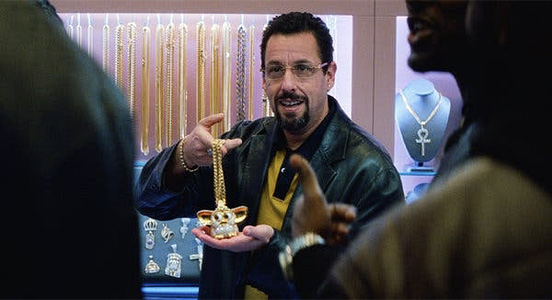 Adam Sandler will blow your mind.

“Uncut Gems” follows Howard Ratner, a jeweler in the Diamond District, as he puts his job, family and reputation on the line to achieve the lifestyle of his dreams. Sandler delivers an unforgettable, award-winning performance as a character that you will despise, but also care for.

This film is like nothing you have seen before. It’s an experience. “Uncut Gems” dives head first into its thrilling narrative with such extreme anxiety that it forces you to the edge of your seat. You’ll want to leave just to escape the tension, but your eyes will stay glued to the screen.

“Uncut Gems” is a cinematic roller coaster of intense emotional conflict that you won’t want to miss. Just walk into the theater, don’t watch any trailers or read any reviews, and enjoy the ride.