Have you ever lived if you can’t recollect your finest moments?

Growing up with Rainn 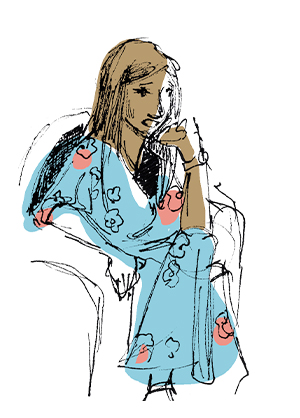 I didn’t feel starstruck when I met Rainn Wilson. I thought that I would given how I’m part of the first generation who grew up watching Dwight, Michael, Jim and Pam’s lives broadcast on TV, but I’m just not taken aback like I thought I would be.

On Tuesday November 19, Beach Pride Events hosted An Evening with Rainn Wilson, featuring Dwight from “The Office,” and Shabnam Mogharabi, co-founder of SoulPancake, at the Carpenter Center. The event itself mainly centered around Rainn and Shabnam quipping back and forth with one another while promoting SoulPancake, a joy-driven video production company you may know from their Kid President video. If you want to read more about SoulPancake and the event itself just check out our greenroom Q&A or any of Daily 49er and Dig Magazine’s coverage of it. I’m not going to pretend to approach this with any amount of journalistic pseudo-objectivity; I can’t ignore my own personal connection to the event and the impact that Rainn, from afar, had on my youth.  In one of their points on positive psychology, kind of SoulPancake’s whole bag, Rainn and Shabnam focused on how vulnerability is freeing yet painful. I guess that’s what I’m doing in this article — not giving quotes, an inverted pyramid or laying out the event beat by beat, but just being vulnerable.

All my skepticism and ireful reluctance towards purposeful positivity flooded into me once Rainn and Shabnam stepped onto that stage and started to talk about joy. I’m not a curmudgeon, I swear, but I’ve always felt somewhat alienated by joyous people. I even felt somewhat called out when Rainn stopped to pantomime a caricature of an unhappy person at the start of the event. I know. It’s all a performance, just a bit of affectedness to draw in a 300-some-odd-person crowd, but I recognized myself as that unhappy person; I felt seen in all the wrong ways.

I’m not a joyful person, which shouldn’t be that much of a shocker if you’ve read any of my more creative work over the last four year 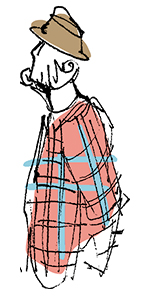 s; one of my former editors even described my written voice as dripping with cynicism. But, just because I’m a sad guy, doesn’t mean I need to be a sad guy.

What began to draw me in was when Shabnam brought up a study on happiness and gratitude, specifically on levels of happiness being linked to helping others and being thankful. It took me back again to that youth group and that psychiatric hospital. It brought me back to working with the homeless in San Francisco and, ardently struggling to think of things I’m grateful for, it won me over a little.

But it wasn’t until the Q&A section that Rainn had pulled me in. One of my fellow audience members, quoting an episode of “The Office,” asked if depression was just a fancy word for feeling bummed out. Rainn’s response wasn’t anything extraordinary or particularly insightful, just that depression can be a genuine mental illness and that nearly everyone experiences some amount of depression in their life. I felt something then. Maybe it wasn’t what he said but that feeling of being seen again. Maybe it was feeling like the man on stage is talking to me even though he’s not even aware I’m there. Or maybe it was that I just saw through Rainn’s stage performance to something genuine, a small moment of vulnerability.