How to make friends with the shadow people

Poor sleep hygiene has sent you into a paralytic, waking dream state and now the shadow people approach. I repeat, don’t panic. Maybe it was a late night cup o’coffee, that last Jager and Redbull, an edible hitting harder than it should or just a spot of undigested beef; either way, being trapped in your own body with shadowy hallucinations (are they hallucinations?) clawing at the walls doesn’t necessarily need to be a bad thing. In fact, this could be a golden opportunity to meet new people and maybe, just maybe, make a few new friends. 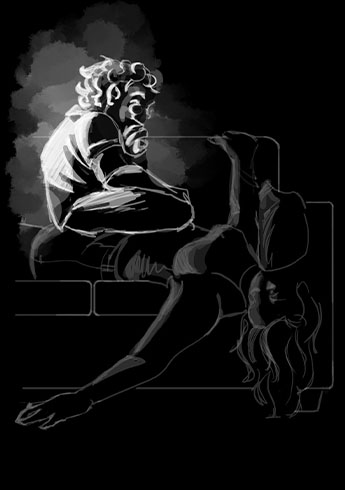 Making her debut in 1781 with Henry Fuseli’s painting, The Nightmare, the Old Hag is a ripely aged classic.

Like a fine Chianti, this aged hell spawn became matured and full bodied with the passing of the centuries and will plummet you into a deep, sinking sleep. The Hag, or Hagetha as she’s known in the old country, simultaneously possesses the wisdom of a grandmother and the ferocity of a rabid hündin in heat.

As your mortal body is locked away in itself, this maiden of Hades crawls on all fours to the corner of your bed to sit and stare. “Hey sweety, how was church?” the Old Hag will ask as her clammy moist hands paw themselves up onto your chest. “You never call anymore,” her jagged toothed maw will croon as it widens over your paralysis stricken face.

“You seeing anyone right now, honey?” she asks as her talon nails stroke through the tresses of your hair. “Pazuzu, my bridge partner, is possessing a nice guy who may be just right for you,” she’ll moan as her gangly limbs press you down into the plush of your bed. “Before I forget, sweety, can you come back to my place and help set up my electronic mail?”

The Old Hag, this slightly overbearing crone, is ultimately harmless. She may drag your soul down to the River Styx, but that’s just to bake cookies and marathon Judge Judy at her colonial river side cabin.

Tuck some Werther’s Originals into your waistband and the Hag should be able to find them and just post up to talk your waking/sleeping ear off about how disappointing her grandkids are. 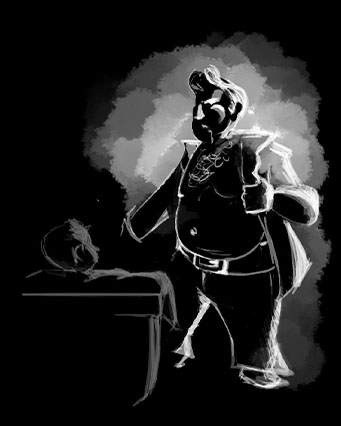 Maybe you shouldn’t have taken that deca-dose edible before soaking in the bathtub. Not to worry though, The King, sitting trousers down on his porcelain throne with a grilled PB&J and a handful of ludes, is here to serenade you.

“Rock ‘n Roll, baby, real rockin n’ rollin,” Mr. Presley will mutter as he slouches forward on his throne. Don’t look The King directly in the eye, don’t even look into the gold tint of his sunglasses, lest he come at you with his sinful gyrating hips.

“Lord all mighty, feel my temperature rising,” The King will croon as he launches himself up from his porcelain throne, the grease flying off his Brylcreem mane. Don’t be alarmed, those hands are only meant for strumming that Gibson guitar swing in front of his bare girth.

“Higher and higher, it’s burning through to my soul,” this jailhouse rocker will rattle off as he shimmies himself towards the tub your passed out self lies in. Marvel at the wave of his uncovered folds crashing against themselves like the waves off Honolulu.

“Girl, girl, girl. You going to set me on fire,” Mr. Presely will call out to you from beyond the grave as he crashes down like a burning wave on the shore of your porcelain tub. 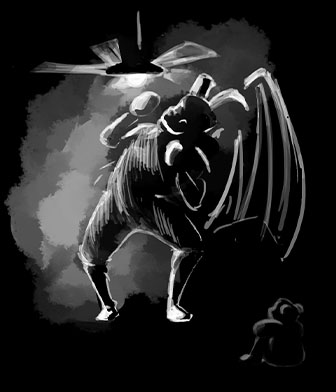 Hailing from the Jersey Shore, the Jersey Devil emerges from the shadows and into your bedroom. Standing at a startling eight feet tall, ten feet if you include the antlers, the Jersey Devil has a tendency to take out fans and hanging lamps, so be sure to pass the fuck out in a room with a high ceiling before conjuring this Jerseyan hell monster.

Don’t be alarmed, but Jersey may unleash a bloodcurdling scream upon ripping through the portal from hell, aka New Jersey, into your room. Being the fan of Norwiegan Death Metal that he is, Jersey enjoys keeping his pipes primed for throat singing at any moment.

If you can manage to speak, Jersey is a great listener and an extraordinarily kind and empathetic soul--a dark and demonic soul, but a kind one nonetheless.

Looking for someone to hash out your daddy issues with? Jersey knows where you’re coming from. Being the thirteenth and rejected son of Satan is a lot for one hooved cryptid demon to deal with. So be kind, sit back, listen and don’t be afraid to share.

Orson Welles, a ghostly apparition floating across the screen 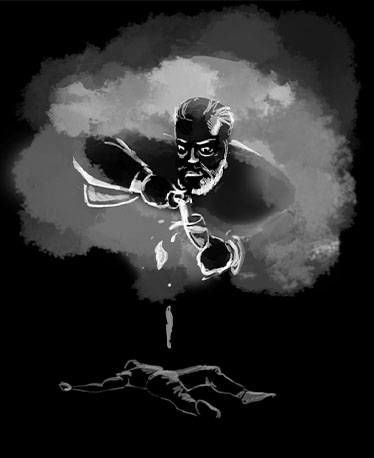 “Ah … the French … Champagne,” Orson bellows from the TV screen.

Unfortunately, you’ve dozed off during your latest infusion of binge-worthy TV and I regret to inform you that your scheduled stream of Office pratfalls, Stranger 80s nostalgia trash or your favorite cast of Friends has been interrupted by a Touch of Evil, a series of Chimes at Midnight or a blithering baritone from the Otherside of The Wind.

“There is a California champagne by Paul Masson inspired … by that same … French excellence,” The Stranger in a cape mumbles as the tail of his beard brushes out of your TV screen. “I … am Unicron.” He fumbles onto the floor in a heap knocking a Snowglobe off your TV mantel in the process. “It’s fermented in a bottle … and like the best French Champagne … it’s vintage dated,” Orson declares while levitating the mountain of himself into your living room.

Don’t fret, Orson has “summoned you here for a purpose.” He towers over you as if he were a planet onto himself, his own gravity pinning you to the couch. He pulls a bottle and flute glass out from under his billowing black cape. “You are to destroy … the French Champagne! The only thing that can stand in my way.” You are powerless as he shakily pours himself another glass.

You may be wondering why you’re here, what the point of this whole exchange has been. “The point is you are a fool!” Orson exclaims as pours, “ba-ha, the French Champagne.”