Battle of the Bands for Long Beach BLAST

Story and Photos By Isabelle Cruz

According to Chounlamountry, the Long Beach BLAST mentoring program has worked to change the lives of underserved and at-risk students. The program pairs these students with college and university mentors who provide them with skills and life-long relationships. 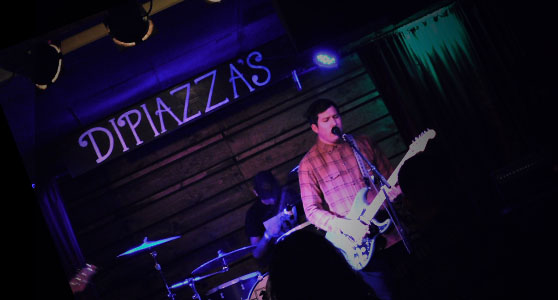 It was with this goal in mind that inspired the musical event with hopes to raise funds for the program and possibly recruit future mentors.

Tina Nguyen, former CSULB alum and now an AMP Volunteer Program Coordinator at BLAST, laid out how this event came to be.

According to Nguyen, Battle of the Bands had been Chounlamountry’s vision for nearly 12 years. One of his students, Erin Flores, was the spearhead of this event, pushing to make it happen with a team. Another coordinator worked with others to get donations from local stores and put the event together in a short span of time through brainstorming.

Connections made by Flores’ family and the owner of Dipiazza’s got them the venue and, through another friend’s mutual connection, got them a photographer. Chounlamountry donated the winning band money out of his own pocket and all proceeds from the event, from the $5 cover charge to the raffle tickets, went to LB BLAST.

Despite the short turnaround to get this event ready, all parties felt there was a great turn out, mainly students, parents and frequent bar attendees.

The event had food, a raffle, a photobooth and live music from the five bands who had auditioned to be a part of this epic battle: When the Ocean Kisses Sand, James Carroll, Rome Apart, Christian Arteaga and Dream Operator. They all brought a certain vibe to the spotlight, but the four judges deemed who deserved the winning prizes.

Starting with When the Ocean Kisses Sand, this local Long Beach three-piece band started off the crowd with a 20-minute set of upbeat, melodic beach tunes. They had the kind of music you might want to listen to on a drive. The trio were on stage having a good time, doing their thing and hit some nice instrumental solos.

After a brief intermission, James Carroll was up, jokingly referred to as James Cameron during announcements. Carroll gave the impression he would be a serious musician from his professional attire, however, he got his scream on with explicit lyrics and throaty vocals accompanied by an electric guitar. After garbled sounds and sick guitar solos, Carroll left the stage after what some would call an “interesting” performance. 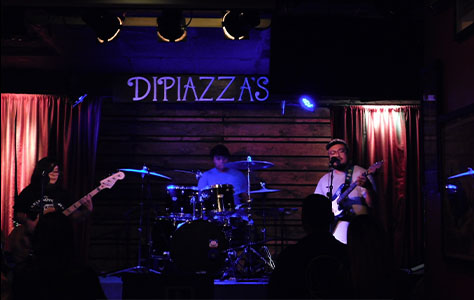 When the Ocean Kisses Sand

Third in the line up was Rome Apart. Another local Long Beach three-piece that rocked the stage with heavy bass and remnants of what sounded like if the Red Hot Chili Peppers and Arctic Monkeys had a child. Compared to the first two performances, this group drew in more people and got the crowd engaged. The highlight of their performance was when they blended their songs together into a transition for a guitar jamming session.

After Rome Apart was a solo musician and CSULB student, Christian Arteaga. In a black baseball cap and black iPray shirt, this guy charmed the crowd with smooth guitar skills and original songs about “a girl.” A highlight from his performance was the rendition of his only titled song from the bunch performed called “A Square Like Me Could Never Fit in Your Circle of Friends” followed by an encore of the cover song of “No Diggity.”

The final band performing was Dream Operator, a three-piece band that brought a significantly larger audience. The lead vocalist was awkward at first, but as soon as the warm up song hit, there was a shift of confidence. The first impression they gave was, “Are they the Smiths?” There was a distinctiveness to the vocalist’s voice meshed with the band’s overall sound, yet it was still unique in its own way. Dream Operator performed originals, which were not too many, but the crowd loved them anyways and begged for two encores.

By the end of the night, the winners were announced, and this was not without a Steve Harvey Miss Universe moment. Main MC of the night, Flores, called up Rome Apart when she meant to announce Christian Arteaga as the second place winner. Dream Operator won first place. The audience booed, but this was calmed after thank yous and Chounlamountry’s air guitar solo with the winning band.

Overall, it seemed like everyone had a great time. Chounlamountry felt the event went well and showed his gratitude for his students. Future events may use this experience as a template for the next battle potentially at the Nugget on CSULB campus.

“In the future, Raul at LB BLAST and I are hoping to use the concert to recruit CSULB students as mentors at the beginning of the academic year,” said Chounlamountry.