Lucy Giles is a trailblazing musician from the sister duo band Dog Party who, between school and other responsibilities, tours the country on weekends. On weekdays, it's time for her to be a marketing and art student, but Giles can balance all her responsibilities well.

Q: Where did the name Dog Party come from?

A: My sister and I started the band when we were 8 and 10 years old and I was just obsessed with dogs — so obsessed with dogs. I told my sister that the band has to have the word dog in it. And she was like, “OK.” So, she started listing off all these names. And she said, “Dog Party.” That's it! That's how we named the band.

Q: What are some of your musical influences that you bring to the band yourself?

A: When I was young, my dad always played cool rock-and-roll music around the house. And one band that really stuck out to me was the White Stripes, because they were a two piece with a female drummer. That band was a huge inspiration to me for the beginning years, and then I got into punk rock. Towards the end of high school, I got really into The Beatles and Elvis, which then just leads you to all these other places.

Q: If you can collaborate with any artist, dead or alive, who would that be?

A: Loretta Lynn. She's still alive and she is one of my biggest influences — just one of my favorite people on the face of the planet. She's like a saint, and her legacy for what she did with country music in general and women in music is just so extraordinary.

Q:  What is your favorite show that you’ve ever played at?

A: In 2016 Dog Party went on a US tour with Green Day. That was a promo tour for their new record, Revolution Radio. That was just the most fun show ever, because that was the closest show to my hometown of Sacramento. A lot of my family and friends came to see us play and it was intimate. That was one of my favorite shows, hands down.

Q: Do you have anything that you're doing outside of music?

A: Music consumes most of my life. I am always listening to music and writing melodies. One of my other passions is art, from painting to drawing.

Q: What are some of the things to do on the road for fun?

A: Finding Old Spaghetti Factories chains. I love to go there with my family and friends. So, when I'm on tour, I just want a home cooked meal. And it's very good. It reminds me of home.

A: A pedal steel is my favorite instrument to listen to. It sounds like a wounded hound dog, just like a baby crying. It really just gets you in the heart.

Q: Is there any particular song that you enjoyed playing, which means a lot to you?

A:  I would say for the regular Dog Party sets, we have a song called “Operator” and I harmonize with my sister. And that's my very favorite thing to do, is harmonize with her. The crowd loves it every time. And then I'd say for playing acoustically is “Nothing Ever Hurt As Much” because it's such a sad song. I wrote a bunch of songs about the topic of why I got my heart broken pretty bad. [...] “Nothing Ever Hurt As Much” was definitely a very personal song to me. [It] was about what it’s like to watch someone else fall out of love with you, and it's happening right in front of your eyes. There's nothing that you can do about it.

Q: How has your sound changed over these 13 years as a musician?

A: It is definitely interesting because the first record that we ever put out was in fifth grade when we recorded it. We have six records out and it's interesting to see a recorded documentation of me growing up. In the beginning, I was more like a spunky kid with some attitude, but then when I started getting older, the subject matter of the songs had changed to a more mature tone.

Q: I would like to know how you balance your work life and your student life?

A: It's something that I've always had to do since I started the band at age eight, so I was always going to school and doing stuff with the band. Definitely caused us to only really be able to tour in the summertime. So, we toured really heavily in the summer. But yeah, sometimes we have important shows that make us fly out during the semester and I just have to stay on top of my work and make it happen. So, I do. 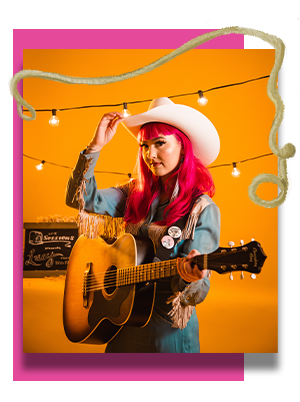 Q: How did you get into old country music?

A: Since I was super into punk rock and rock-and-roll growing up, there's always that mentality like, oh, I hate country music, I hate country music. Growing up, I was never really into country music. I remember at seventeen, I heard Hank Williams for the first time and Ernest Tubb, Loretta Lynn [...] And I didn’t want to like it at first, I was very hesitant, but I could not just stop listening to it. It was like the hypnotizing pedal steel just luring me in. And basically, I just got really into country music and just started researching it. Trying to find out everything that I could about it. One thing that country music is often described as, which I wholeheartedly believe, is that country is three chords and the truth. Everybody can relate to it in one way or another. I strongly feel this way, and country music can just hit you in the heart. You know, and I love it a lot.

Q: Do you see yourself doing more country music?

A: Yeah, I’ve been into country music since I was 17. And right when I got into it, I tried writing a country song, but I just couldn’t do it. My writing style is kind of specific, and it's always been rock-and-roll. That's just kind of what flows out of me, but I pushed myself to write some country songs. I nailed it — “Nothing Ever Hurt As Much” is a song that I could envision Loretta Lynn playing in the 60s and potentially being a hit. I just feel like it's really on par and I purposefully did that type of composition because I studied the song structure.

Q: What would you tell people that have a biased notion of what country music is?

A: What I would say is just listen to Hank Williams — he's the king. Country music is pure, and it's hard not to find yourself tapping your toe.

You can find Dog Party on all streaming services Spotify, iTunes, and Apple music. 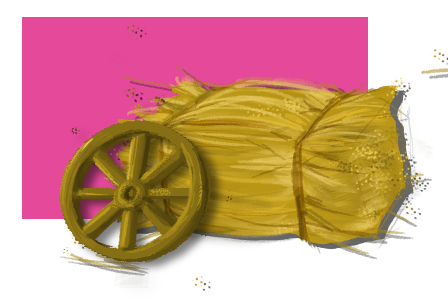