A week before the start of the semester, The Meddlers came into our office to talk about their musical inspirations, their writing process and what it means to be a “Meddler.”

If you listen to their songs you’ll be hit with a unique brassy rhythm that sounds just as fun to play as it is to listen to. The occasional change of tempo makes each song a journey in itself. You’ll especially enjoy the jazzy saxophone solos showcasing both musical skill and soulful freedom.

If you listen to their songs you’ll be hit with a unique brassy rhythm that sounds just as fun to play as it is to listen to.

This diverse group of bandmates has a wide range of personalities, ages and musical backgrounds. Alex Sundstrom, one of two “Alexs” in this group, is the lead guitarist. He started playing music at four years old and has a strong interest in audio engineering. In high school, Sundstrom joined up with Jonathan Eastly, bass guitarist, to form a band. Eastly also started his music career early; due to the influence of his musically-inclined parents, it was only natural. Another member, Eddie Cervantes, started playing the trumpet in junior high, then formed his own mariachi group with friends before eventually ending up with The Meddlers. The drummer, David Govea, grew up playing music in his church before he started playing ska. The newest member of the group, tenor saxophonist Alex Rodriguez, started playing in the fourth grade and continues to study jazz and classical music today. Lastly, Din Fernandez on the baritone saxophone has had seven-to-eight years of jazz experience and admits that the transition to ska is difficult but well worth it.

The band has been together for about five years and is preparing to launch their new EP in the coming months. While recording, they had the chance to work with John Avila, former bass player for Oingo Boingo and producer for several legendary 80s bands.

“As far as the creative process goes, he kind of tore our songs to pieces,” Sundstorm said.Even so, the band seems very happy with the results and is just waiting for the right moment to drop their new songs. When talking about the difficult writing process, Cervantes noted the importance of making sure everyone’s opinions are heard to end up with “a song that each one of us wants to listen to and play.” 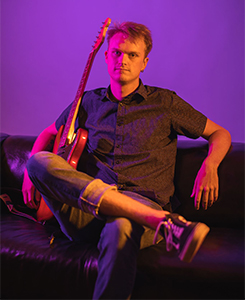 A: It’s a song called “Rapt Inyou” by Lowen & Navarro. That was my first favorite song, the first song that made me think, “I kind of want to do this.”

A: When the band first started, a lot of the songs and lyrics were sort of politically charged and I personally feel like the name “Meddlers” is a reference to silent influencers and big money.

A: One of my things is that I really like to listen to a lot of folk music from around the world. There’s a style of Iranian classical music called “dastgāh” that I’ve been interested in. It’s kind of fun to explore. 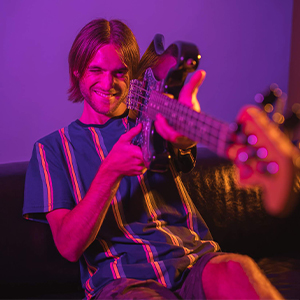 A:  I suppose the formative song for me would be “Knights of Cydonia” by Muse. I heard that on the radio and my jaw was to the floor the whole time. And then like that era of K-Rock like Sublime and a bunch of other quirky, alternative, forward-thinking, “screw the man” kind of music [...] and the local scene around Long Beach has always been very inspirational. 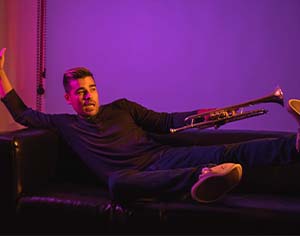 A: The Specials, Madness, the classics. In the ska-core world, there was a rock band where you could play the horn and not be so “marching band.” So we can be rockstars!

A:  A ‘meddler’ is just somebody who gets involved in things they’re not supposed to; it’s creative freedom!

A: The new The Specials CD that came out was pretty sweet. For a band that stopped playing together, they came back and popped out that album and they still retain what they are. 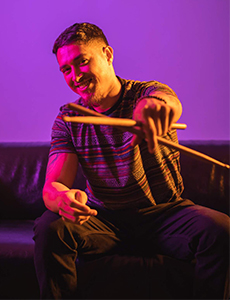 A: One big influence as a kid was Metallica. If someone can perform in front of everybody and all these people want to hear you, that’s something magical.

A: Meshuggah, I’ve kind of been listening to them for about two weeks straight. 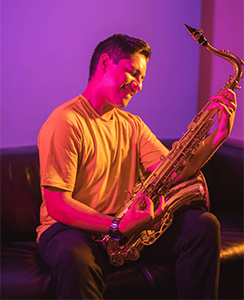 A: Lisa Simpson, she plays the baritone sax. She played Gerry Rafferty, and that’s a sexy sax.

A: Old stuff that I’ve been hooked on. Otis Redding, I’ve been going through his old discography. I like to music hunt and find how it’s made, find samples research the history.” 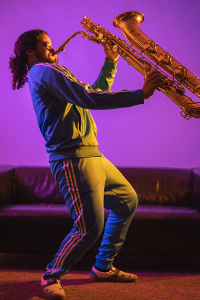 A:  Charles Mingus, he’s a jazz musician and he’s incorporated a lot of saxophone into his music.

A: When you take a listen to our songs we take these weird turns sometimes, we don’t stick on a groove. We’re constantly meddling with the process of writing […] always thinking about how we can make it better.

A: I’ve just really been into Tame Impala, I just love how they layer synths and keep this really cool groove going on.